A discovery from Italy reveals that bone tools were existent since the Lower Paleolithic period. The bone tools that were earlier than stone works were crafted from the remains of the now-extinct straight-tusked-elephants.

A Lower Paleolithic discovery has been recently unearthed at a tiny village in Italy. The findings contain 98 pieces of tools developed from elephant bones. These ancient tools were determined to date back sometime around 400,000 years ago. The new Lower Paleolithic excavation reveals the knowledge and skill of early humans, including the Neanderthals, that we never knew. 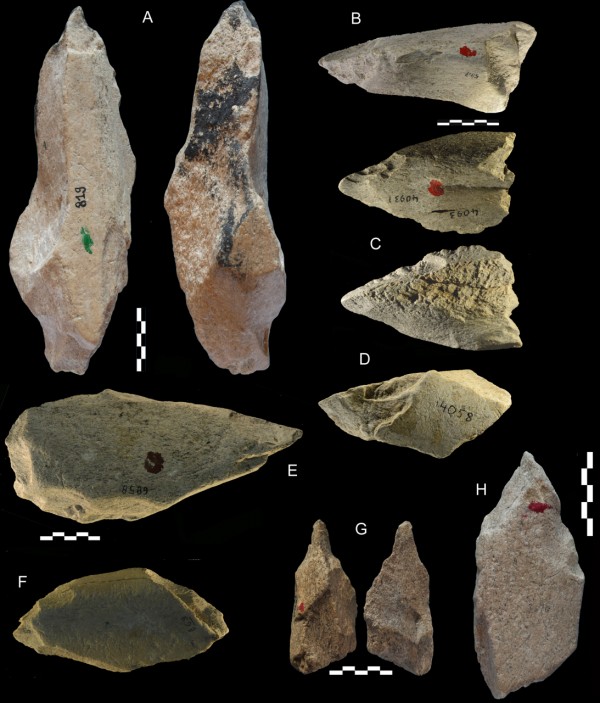 The elephant bone tools were accumulated from an Italian village called the Castel di Guido. The location of the village is relatively near to the glorious city of Rome. The place served as a watering hole for the elephants in ancient history. Its patrons include the extinct Palaeoloxodon antiquus, which is also known as the gigantic straight-tusked elephant.

The early hominids seemed to care for the efficiency and reusability of the elephants' remains. With that said, the ancient residents of Castel di Guido took advantage of the materials present and developed them into useful tools. The elephant bone tools discovered are evidence that the primitive humans could set up a complex production line that utilizes a series of processes without having any idea or available reference at hand.

University of Colorado Boulder expert and author of the study Paola Villa said in a report by Science Alert that the archaeological finds are full of ancient bone tools. However, their team's findings are unique as it is rare to dig a material with a well-defined shape.

In the case of Castel di Guido, Villa explained that the bones were broken to fit the early human's preferred design in a standardized manner. However, this kind of procedure did not manifest prior to the period the bones were discovered and was not a common method until the following periods.

The bone tools gathered from other sites did not exhibit any remarkable features compared to the Italian village discovery, where the tools are innovated with effort and refinement.

Percussion flaking is among the potential method the early humans in the Castel di Guido have adapted. In this approach, the humans chop off tiny bits of the materials or bones to craft the tools they desire to make. The percussion flaking method is known to be used on stones, leaving the experts perplexed with the findings that were much older than the stone age.

The intelligence of the Lower Palaeolithic humans may not have increased, the experts added. Possibly, they made these stunning bone tools because of the large number of elephant bones present in their territory compared to other groups. They may have familiarized themselves with the bones that were more accessible than time's dominant stone materials.

The functions of the bone tools include cutting meat. Other evident functions are wedges which the early humans used to crush other bones for a better shape.

The archaeological discovery from Italy serves as a strong challenge to the well-established timelines of the Paleolithic period and the precise dates of when the early tools and weaponry were actually made. The study was published in the journal PLOS ONE, titled "Elephant Bones for the Middle Pleistocene Toolmaker."