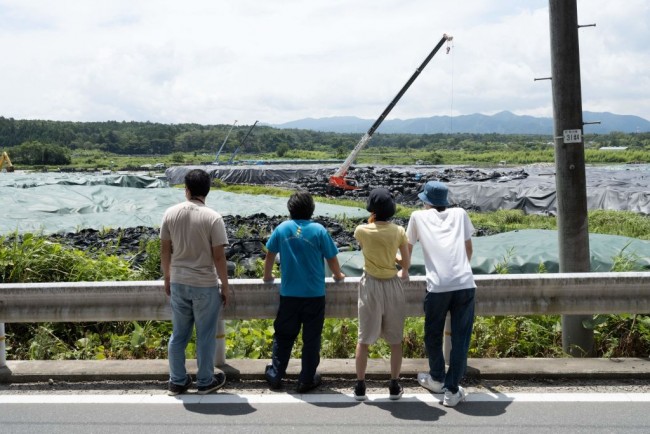 (Photo : YASUYOSHI CHIBA/AFP via Getty Images) This photo shows Norio Kimura, second from left, who lost his father, wife and seven-year-old daughter after the 2011 earthquake and tsunami.

Tokyo's unusually large earthquakes and tsunamis found near tectonic plate boundaries that are identified as a seismic hazard source may be traceable to a formerly unconsidered boundary.

This, a Phys.org report said, was discovered by researchers as "geologic evidence." The research team is headed by Jessica Pilarczyk, a scientist at the Simon Fraser University Earth.

This groundbreaking discovery of the team represents a new and unconsidered seismic hazard for Japan with implications for countries that line the Pacific Rim, including Canada.

Describing their finding, Pilarczyk pointed to Richmond, Delta, and Port Alberni, low-lying areas as possibly vulnerable to tsunamis that originate from this region. 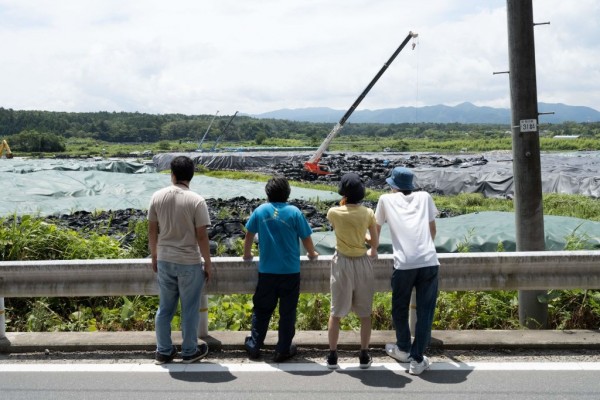 (Photo: YASUYOSHI CHIBA/AFP via Getty Images)
This photo shows Norio Kimura, second from left, who lost his father, wife, and seven-year-old daughter after the 2011 earthquake and tsunami.

In 2011, eastern Japan experienced a magnitude nine earthquake, creating any earthquake's largest rupture area that originated from the Japan Trench.

This particular quake activated the Fukushima Daiichi nuclear disaster and a tsunami that traveled a thousands-of-miles distance, affecting the shores of Chile, Hawaii, California, British Columbia, and Oregon.

For the past 10 years, Pilarczyk, together with an international team of collaborators, has been in the works, together with the Geological Survey of Japan, to study the unique geologic history of Japan.

Together, they revealed and examined sandy deposits from the Bosco Peninsula region, about 50 kilometers east of Tokyo, pointing to an extraordinarily massive tsunami around 1,000 years ago.

To date, researchers did not have any historical record to determine if a part of the Philippine Sea or the Pacific plate boundary close to the Bosco Peninsula had the capability to generate large tsunamis that are similar in size to the 2011 Tohoku event.

Sources of the 1,000-Year-Old Earthquake

According to a report from Pilarczyk, the modeled scenarios propose that the source of the tsunami from 1,000 years back came from the offshore site off the Boso Peninsula, the tiniest of which are linked to the formerly unconsidered Izu-Bonin Trench at the Philippine Sea and Pacific plates' boundary.

Smallest, as specified in the report, means possible earthquakes with the lowest minimum magnitude, for example.

Pilarczyk, an Earth sciences assistant professor at SFU who's holding a Canada Research Chair in Natural Hazards explained, earthquake hazard analyses for the Tokyo Metropolitan Area are "complicated by the trench-type triple junction," where the oceanic Pacific Sea Plate not just "underthrusts" a continental plate but is being subducted by the Pacific Plate, as well.

She elaborated that great thrust earthquakes and associated tsunamis are historically acknowledged hazards from Sagami Trough and Japan Trench plate boundaries, although not from the Philippine Sea/Pacific boundary solely.

Lastly, Pilarczyk hopes that their research findings from the study, A further source of Tokyo earthquakes and Pacific Ocean tsunamis, published in Nature Geoscience, will be used to create better informed seismic hazard maps for Japan.

She hopes, too, that such information could be useful for far-field areas like Canada, for one, to inform building practices and emergency management tactics that would help alleviate the destructive consequences of an earthquake similar to the occurrence from 1,000 years ago.

Related report about the 2011 Japan tsunami is shown on Rachid82UK's YouTube video below: