China has been aiming to send humans to the Moon as soon as possible by using two modified versions of Long March 5 rocket in a bid to accomplish their Moon landing mission in less than a decade.

Hong Kong-based news outlet HK01 reported that Long Lehao, the chief designer of the Long March family, said during the 35th National Youth Science and Technology Innovation Competition in China that China is accelerating its plans to the Moon by 2030. 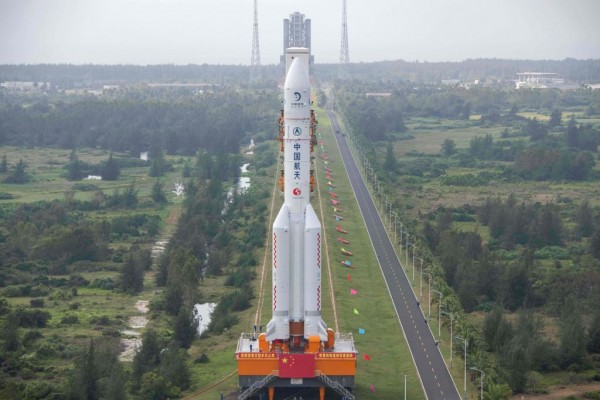 Lehao said in his speech that China's Moon landing mission would require several upgrades of the technology they will be using, most importantly, the Long March 5 rocket. According to ARS Technica, the rocket has a capacity comparable to Delta IV Heavy rocket and would be upgraded to become "Long March 5-DY."

These upgrades are aimed at improving the performance of the rockets for lunar missions. Moreover, China is developing a lunar lander and a next-generation spacecraft for future deep-space missions.

Space engineers of China are already in the early stages of developing Long March 9, a super-heavy lift rocket that would not be possibly ready by 2030. Therefore, Long March 5 rockets would simplify China's Moon landing mission to bring their astronauts to the lunar surface faster.

Space News previously reported that the main spacecraft maker of China is developing a human landing system for their lunar missions. China's human lunar landing plans are referred to as a 'national strategy' project that will develop launching vehicles and next-generation spacecraft.

Developing a lunar lander is one of the key components for their lunar missions, especially on sending humans to the Moon. Although a human lander project was not specified in China's 14th Five-Year Plan (2021-2025), the country will release a fifth space white paper detailing the priorities for 2026-2030 later this year.

The news outlet reported that this might include a detailed plan of lunar landings and the ongoing space projects of China. Its space agency, the China National Space Administration (CNSA), revealed last June a roadmap for an International Lunar Research Station (ILRS) that will be jointly developed with Russia, envisioning lunar landings by 2030.

China vs. US: Who Will Win the Space Race?

The possibility of using existing rockets for China to accelerate its Moon landing missions adds to the possibility that China and the U.S. are in a space race to bring humans to the lunar surface, ARS Technica reported.

NASA's Artemis Program aims for a lunar return by 2024, which now seems to be infeasible because of the delays in the lunar lander with the earliest possible date on 2026.

Moreover, both countries have already started accumulating international support for their lunar missions. The Artemis Accords have included Australia, Italy, Japan, South Korea, and the United Kingdom. On the other hand, China has a deal with Russia to build the ILRS and currently courts European partners to join them.

Check out more news and information on Moon Missions in Science Times.