An analysis of court records from 2018 to 2021 revealed that employment tribunals involving menopause have quadrupled, examining the ruling of tribunals on menopause as being a disability.

According to Menopause Experts Group, an organization dedicated to menopausal education services and products that help relieve symptoms, there have been 43 employment tribunals that reference the condition since April 2017. By the last nine months of 2017, there were six cases. However, it's nothing compared to ten cases within the first six months of 2021, which would lead to about 20 employment tribunals related to menopause should the rate is maintained.

Additionally, the word "menopause" was mentioned only eight times in 2017 tribunal rulings. In the first six months of 2021, until June, there are already 116 mentions of the words - equating to 232 mentions in the year should this rate continue. 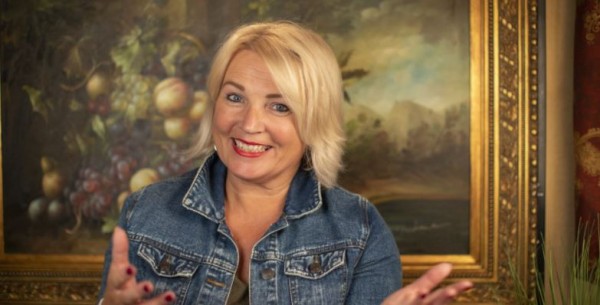 ALSO READ: How to Deal With Symptoms of Menopause?

The Difficult Situation of Menopause in Employment Tribunals

In one of the employment tribunals examined by the Menopause Experts Group, recruitment worker Aggie Kownacka had to hear her boss at Textbook Teachers Ltd say that it was "no big deal" that she'd be forced into the condition at age 37 and would no longer be able to have children. Kownacka also had to suffer discriminatory comments such as "it's not like you're going to die" or that she was a "massive inconvenience."

Another tribunal in Birmingham, where a claimant reported suffering about 12 hot flushes each day and awakened by night sweats up to eight times each night, was ruled disabled due to her menopause.

However, the ruling of employment tribunals concerning menopause being a disability remains unclear. A third tribunal, filed by a certain Ms. M. Rooney against the Leicester City Council in 2019, dismissed her claims of harassment and victimization.

About a quarter of the 43 employment tribunals examined were from London, six coming from Glasgow, four in Birmingham, and two from Leicester, Manchester, Dundee, and Cardiff. Menopause Experts Group has been calling on employers to inform and empower employees about the symptoms, signs, and effects of menopause.

Fighting Against This Stigma on Women

"We regularly hear horror stories about how women are discriminated against in the workforce, and sadly menopause is one area where employers keep getting it wrong," explains Menopause Experts Group founder and CEO Dee Murray, in a statement. "This dramatic rise in the number of employment tribunals citing menopause shows how women are standing up for themselves against out-dated and ill-informed bosses. The lack of education is dangerous for women's health and unfair to their careers."

Murray adds that a frustrating part of this scenario is that there are many training programs available to employers to help the organization and their employees cope better with the condition. Information is important in addressing the stigma against a natural part of a woman's life.

Check out more news and information on Menopause in Science Times.