Women may now be able to find out when exactly they started experiencing menopause through genetic variants recently revealed in a new study.

Nature reported that many of the almost 300 variants direct how the body responds to immature eggs with damaged DNA, stressing the essentialities of these processes.

They also suggest that these genetic variants could, later on, be harnessed to extend the national reproductive lifespans of people or enhance the in vitro fertilization techniques' success rate.

Over 200,000 women participated in the study, which revealed the hundreds of genetic variants involved in determining the age at which the participants experienced menopause.

This report also specified that the genes might contribute to researchers' development of a diagnostic test that tells women when to expect the occurrence of their menopause.

According to a lead author of the study, geneticist John Perry from the University of Cambridge, the United Kingdom, in an ideal world, they'd be able to predict which female individuals have a "shorter natural fertility window" for them to be able to make more informed reproductive options. At present, he added, most women are totally unaware of that said fertility window. 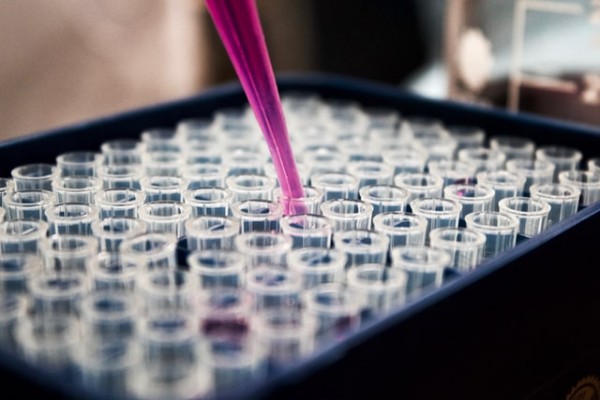 (Photo: Louis Reed on Unsplash)
Researchers discovered that mice that have an extra copy of a gene known as CHEK1, which is involved in the repair of DNA, were found to have more immature eggs in their ovaries both ‘at birth and later in life than those which had just two replicates of the gene.

The study, Genetic insights into biological mechanisms governing human ovarian ageing, also published in Nature, specified that finding of 290 variants linked with the time of occurrence of menopause "more than quintuples the number of identified genetic impacts on reproductive lifespan, and accounts for roughly 10 percent of the variation both in age and menopause.

Individual genetic variants are linked to menopause, either earlier or later, by weeks, even years. The biggest impact occurred in those who had lost a gene function, also known as CHEK2, as described in NCBI, which caused a delay in menopause for three-and-a-half years on average.

The gene generates the said gene function, potentially causing a damaged DNA cell to stop dividing or stimulate it to self-destruct.

Perry, together with his colleagues, discovered the immature eggs' ovarian reserves lasted longer in rodent models that had no CHEK2 compared to mice with a pair of functional duplicates of the gene.

Essentially, mice that didn't have CHCK2 responded more intensely to hormones used to stimulate the release of immature eggs for in vitro fertilization.

Also, in their study, the researchers discovered that mice that have an extra copy of a gene known as CHEK1, which is involved in the repair of DNA, were found to have more immature eggs in their ovaries both "at birth and later in life compared to those which had just two replicates of the gene.

According to a geneticist at the University of Exeter, UK, Katherine Ruth, co-author of the study, their team has not yet discovered enough genetic variants that could predict dependability if any particular individual might experience early menopause.

The geneticist added that this is an area where they are confident that they'll enhance later on. Ewelina Bolcun-Filas, who's studying DNA damage and fertility said, one way of improving the predictions might be to be able to account for the manner genetic variants are interacting with one another.

She also said, however, the timing of menopause can be affected by environmental factors like smoking or obesity, which makes initiatives to predict through the use of genetics complicated.

Meanwhile, gynecologist and obstetrician Roberta Venturella from the Magna Græcia University of Catanzaro in Italy seconded Bolcun-Filas saying; experts are talking about a characteristic that involves hundreds of external factors like lifestyle and environment, among others.

Related information about the prediction of menopause is shown on CBS's YouTube video below:

RELATED TOPIC: Menopause Can Start Earlier Than You Think: Here's What You Need To Know