Stargazing Guide September 2021: How To Watch Dazzling Spectacle of Stars and Planets This Month

The last month of the southwest monsoon has arrived, and overcast skies are expected to remain in most country regions for September. Those lucky enough to have a clear horizon can see a spectacular display of stars and planets glowing brilliantly in the night sky.

Furthermore, folks might get a spectacular glimpse of the Milky Way galaxy on darker evenings if the sky is clear. The optimum time to observe the star-studded belt of our universe is approximately 8.30 p.m. on the first night in the southwest sky.

The following is a list of some of the most incredible sky events for September 2021.

Around September 6, when the Moon's cycle around the Earth brings it between the Earth and the Sun, night sky gazing will be at its best. The lunar surface, known as a "New Moon," looks black because the side lit by the Sun is facing away from Earth. Dark skies arise from this monthly occurrence, which is ideal for seeing celestial wonders. That includes galaxies, weak meteors, and the galactic center of the summer of the Milky Way (as Dark Site Finder claim).

ALSO READ: Astronomy 2021: Your Guide to The Full Moons, Eclipses, and Meteor Showers This Year!

September 14: Neptune at Its Closest (And Brightest) to Earth 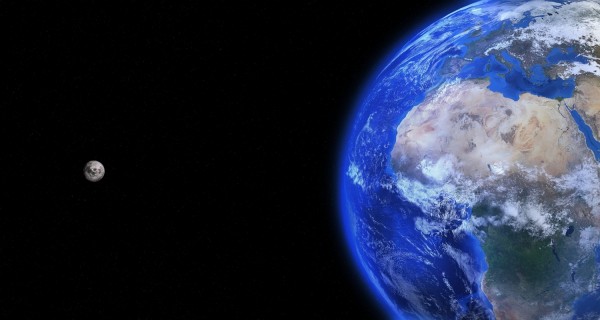 On September 14, Neptune, our solar system's eighth and farthest known planet, will reach its yearly opposition when the Earth passes between it and the Sun. Neptune looks faint even at opposition despite having a mass 17 times that of Earth because it is so far away (light travels four hours between Neptune and Earth). Earth-Sky advises using a tripod-mounted pair of binoculars or a telescope to observe it, as well as referencing this chart from TheSkyLive. Neptune's winds can exceed 1,500 mph, the highest speed ever recorded in our solar system. It is also our coldest planet, with temperatures as low as -366.6°F (-221.6°C). While you're trying to find this blue-tinged magnificence, have your stargazing visitors think about it.

The Full Moon, dubbed the "Harvest Moon" (per Tree Hugger), will rise at 7:54 p.m. EDT on September 20. This full moon is so named because of its time (rising for many days soon after sunset) in providing essential light to farmers harvesting their crops. In contrast to other full Moons, this one is named after the autumn equinox. As a result, the "Harvest Moon" might appear in early October on occasion (as it did in 2020). The full moon in September is fittingly dubbed the "Corn Moon" when this happens.

This day will officially mark the start of fall in the Northern Hemisphere, while Southern Hemisphere will experience spring! With the autumnal equinox at 3:21 p.m. EDT, those in the Northern Hemisphere bid farewell to summer and welcome autumn. Time and Date says this moment in March when the sun passes the celestial equator from north to south and vice versa. The Farmers' Almanac claims that it will be "one of the longest and coldest" winters in recent memory.

For the Northern Hemisphere, this celestial phenomenon (also known as the Zodiacal light per Tree Hugger) marks the beginning of autumn. It's characterized as a "cone-shaped light," with a dusty appearance comparable to the Milky Way's, but formed of comet and asteroid dust. Comets are thought to pump 3 billion tons of materials into our heavens each year for this phenomenon to retain a constant presence in our skies. To get the greatest view, subtract an hour from your local sunrise time and brew lots of coffee to keep you awake while this "false dawn" arrives.

Jupiter and Saturn remain brilliant fixtures in the southern sky, despite being at their closest (opposition) to the Earth last month. They're easier to detect shortly after sunset since they rise roughly four minutes earlier each evening. Jupiter and four of its biggest moons (the planet has 79 in total) may be seen with merely a pair of binoculars. Jupiter is approximately 15 times brighter than Saturn. Celestron recommends using a telescope "with an aperture of at least 50mm and modest power (25x)" to see Saturn's beautiful rings.