The Aedes aegypti mosquito is a known carrier of arboviruses, such as Zika virus, dengue fever, and Chikungunya virus. But new research led by the MRC-University of Glasgow Centre for Virus Research showed a new way of preventing mosquitoes from getting infected and transmitting the infection to people.

The news release from the University of Glasgow reported that the team discovered that feeding them sugar before they could feast on blood could give them enhanced immunity from infection, therefore preventing the spread of arboviruses. 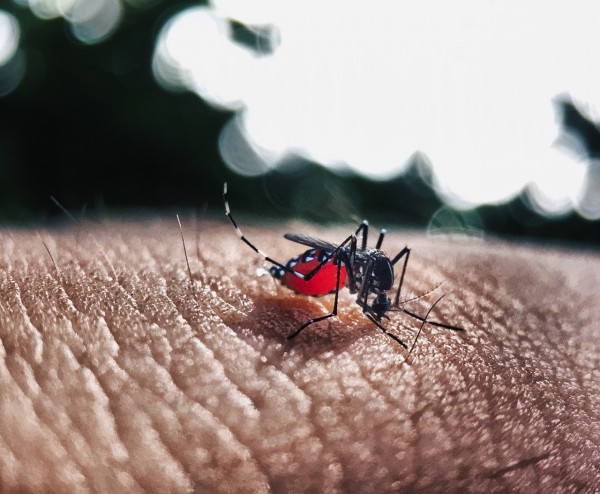 More so, there are female mosquitoes in some natural settings that feed exclusively on blood. This makes them become a vector of pathogens and arboviruses, like Zika virus, Chikungunya virus, and dengue that cause substantial worldwide public health concerns.

In the study, titled "Sugar Feeding Protects Against Arboviral Infection by Enhancing Gut Immunity in the Mosquito Vector Aedes Aegypti" published in the journal PLOS Pathogens, researchers showed how nutrition could influence immunity and resistance to infection in specific species of mosquitoes that are vectors of arboviruses.

Findings suggest that the lack of sugar intake of Aedes aegypti mosquitoes that only feed on blood in some natural settings increases its ability to spread mosquito-borne arboviral diseases. The research highlights the possible explanation for the high transmission and susceptibility of Aedes aegypti to arboviruses.

Feeding adult female mosquitoes with sugar had enhanced their immunity in the gut, which protected them against viral infection. In turn, it also decreases the possibility of transmitting arboviruses.

"This study is important because we've been able to show that sugar feeding by these mosquitos blocks an initial infection of an arbovirus and lowers infection prevalence and intensity, thereby decreasing the potential of female mosquitoes to transmit these viruses further," molecular entomologist Dr. Emille Pondeville said in the news release.

As Interesting Engineering reported, the findings could lead to the development of vector control strategies that involve sugar baits that will reduce arbovirus transmissions. Also, there are now genetically modified mosquitoes that have been bioengineered to spread antimalaria genes. Hopefully, the findings of the new study could lead to innovations inhibiting the spread of arboviruses.

ALSO READ: Why Mosquito Bites You: Scientists Discovered Chemical Differences on the Skin That Attracts Them

Mosquitoes can transmit arboviruses by biting people. According to the Centers for Disease Control and Prevention (CDC), they could transmit the Chikungunya virus, dengue fever, malaria, West Nile virus, and Zika virus.

Furthermore, there are signs that they have been adapting to the warming climate brought by climate change. Daily Mail reported that some scientists have recently developed methods in fighting the spread of the above-mentioned diseases.

For instance, genetically modified mosquitoes were released in the Florida Keys in a pilot program to reduce the spread of mosquito-borne diseases. The British company Oxitec told the news outlet that the US Environmental Protection Agency allowed them to release up to 750 million of their mosquitoes.

Last May, they were able to release approximately 12,000 mosquitoes per week during the first phase of the project that will last for 12 weeks, releasing a total of 144,000 genetically modified mosquitoes.