University College London conducted a comprehensive study on bacterial imbalances present in the gut. Based on the study, microbiomes could be among the largest factor responsible for rheumatoid arthritis development. The research also found that the severity of arthritis and even joint inflammation are linked with the infliction of the gut lining in a rheumatoid condition. 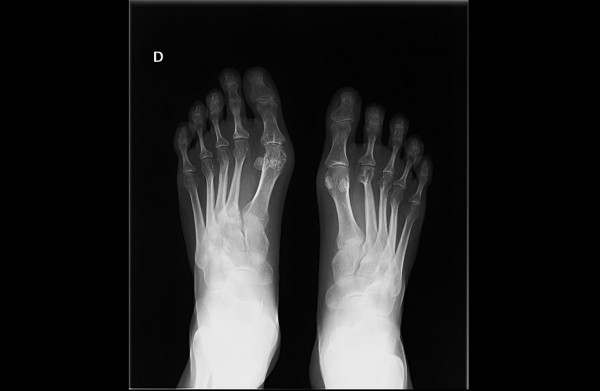 Rheumatoid arthritis has already been a part of numerous investigations regarding its correlation with the infamous gut microbiome. Throughout these studies, experts were able to identify numerous types of bacteria associated or produced by gut microbiomes, and most of them have already been concluded to be correlated with joint disease.

Gut microbiomes, like their initial identification with other health and disease cases, are still a mystery in terms of their connection with excessive joint inflammation.

Although the bacteria in the gut is usually tagged as the culprit behind other neurological diseases and even COVID-19, the scientific community still does not have any strong evidence on the influence of the microbiome on arthritis pathology.

Numerous attempts to prove the gut microbiome's association with arthritis have come up over the past years. Some theory suggests that the bacteria present in the gut induce the development needed by cells with inflammatory properties.

Once developed, these specific cells will have the ability to modulate extreme inflammation that causes arthritis. Some also suggest that the microbiomes also affect the inflammation to peak or exceed, leading to severe arthritis.

The new study consolidated every potential hypothesis to develop a new hypothesis between inflammation and gut microbiome correlation. The main interest of the study is to prove how the thinning of or even weakening of gut walls is being expressed when bacteria-enabled arthritis manifests.

Division of Medicine and Division of Infection and Immunity and Transplantation's Centre for Rheumatology expert Claudia Mauri said in a report by New Atlas that their team's goal is to find if the intestinal lining damage during the surge of arthritis development is actually initiated by the abnormal growth of white blood cells that causes inflammation.

The experiment conducted for the research was made possible with the help of mouse models. The group bred with genetic predisposition of their gut microbiome was found to have severe arthritis developed in their bodies. The other group was induced with arthritis collagen to develop signs of joint inflammation disease eventually. Once their gut permeability was treated, the subjects had a lower inflammation and swelling.

The research also included several human participants that are also patients of rheumatoid arthritis. According to the study, these patients also suffer from a specific high blood level condition called lipopolysaccharide or LPS. In some cases, LPS is present along with LPS binding protein (LBP) and the intestinal fatty acid-binding protein.

Further studies will be conducted regarding the exact reason behind the correlation between rheumatoid arthritis and gut microbiomes. In the meantime, Mauri said that the initial findings gathered in the new study can be a reference to develop new drugs and treatments to target the gut and improve gut permeability.

The study was published in the journal Med, titled "Intestinal Barrier Dysfunction Plays an Integral Role in Arthritis Pathology and Can Be Targeted To Ameliorate Disease."