Physics Behind Walking With Cup of Coffee on Hand Without Spillage; Can It Be Applied to Soft Robotics?

Coffee drinkers often try to walk while holding their cup of coffee. Unknown to many, there is a lot of physics that prevent the beverage from spilling over. Scientists are now attempting to replicate the mechanism behind this everyday task to various applications, such as soft robotics.

According to Physics Central, walking with a cup of coffee on the hand changes the walking motion a bit. There is less rotation in the arm joints, and the motion energy intended for walking is transferred to the cup and the fluid inside.

Understanding the natural ability of humans to interact with complex objects and their lack of analyzing external factors could help improve existing technologies. 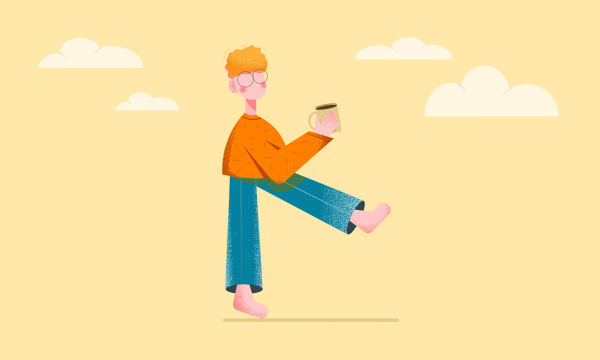 (Photo: Pixabay)
Physics Behind Walking With Coffee on Hand: How Can It Be Applied to Soft Robotics?

Physics Behind Not Spilling Coffee While Walking

According to an article in Live Science, walking with a cup of coffee in hand is not easy because human stride has almost exactly the right frequency to cause oscillations to the fluid in the coffee mug.

Fluid physicists from the University of California at Santa Barbara (UCSB) investigated the science of sloshing in coffee mugs while humans are moving. They considered the properties of the mugs, human legs, and the liquid.

They found that each step of normal human gait amplifies the heave-ho motion of the coffee. More so, stumbling or changing pace could increase the chances of spilling the coffee.

The physicists explained that when walking with a cup of coffee on hand, walking quickly is discouraged because a person's gait comes closer to the natural sloshing frequency of the coffee. Also, they should watch their cup rather than their feet to decrease the possibility of spilling coffee. Lastly, accelerate gradually to avoid the fluid from crashing over the rim after just a few steps.

But the best way to prevent spilling coffee while walking is to use an unusual cup. Liquid sloshing engineering studies show that a flexible container act as a sloshing absorber that prevents liquid oscillations.

ALSO READ: Cassie the Bipedal Robot Made History After Completing a 5K Course in 53 Minutes, Almost at Par With Humans

Phys.org reported that researchers from Arizona State University researched using the coffee-cup-holding paradigm to examine how humans could handle a complex object.

Professor Ying-Cheng Lai, an electrical engineering professor at Arizona State University, said that humans have a natural ability to interact with complex objects but have no understanding of those interactions in a quantitative model. Humans do not analyze external factors, like the climate or noise, during these interactions, yet it is crucial in applied fields like soft robotics.

Brent Wallace, a doctoral student at ASU, said that it plays a significant role in designing smart prosthetics that mimic the flexibility of the natural motion of human limbs. Lai added that in the future, robots could be deployed in different fields for complex object handling and control, which are activities that need coordination and movement control levels similar to humans.

In the study, titled "Synchronous Transition in Complex Object Control," published in Physical Review Applied, researchers added a rolling ball to the coffee-cup-holding paradigm and let participants rotate the cup in a rhythmic pattern with the ability to change their force and frequency to ensure that the ball remains contained.

In general, their study shows that humans can switch abruptly and efficiently from one synchronous attractor to another, which can be applied to designing smart robots to handle complex objects in an unpredictable environment.

Check out more news and information on Physics & Math in Science Times.