Tiktok is home to thousands of videos showing the latest trends, or of which is the toilet cleaning hack that mixes a bunch of colorful chemicals. However, experts warn against mixing the wrong cleaning ingredients that could either end up destroying the toilet or for the person to accidentally inhale chlorine gas and chloroform.

There are a lot of people who have caught on with the trend on the video-sharing platform using the hashtag "toiletoverload," sometimes even doing it without proper protection, such as using gloves. 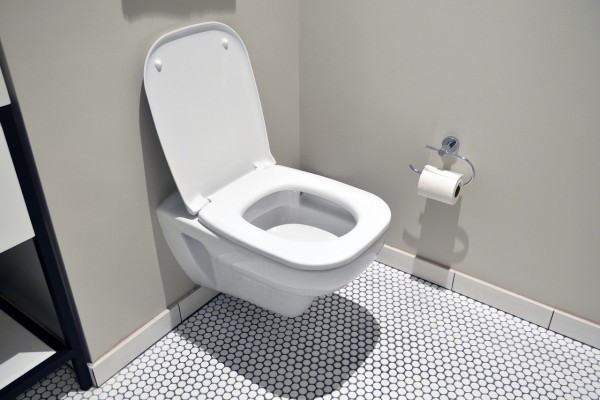 The videos posted in Tiktok show people putting different cleaning products into the toilet or other parts of the bathroom before mixing them all together. There are some who seemed to enjoy the mixing of colorful chemicals for cleaning, but there are also concerned about the negative effects that they might cause.

Experts say that people should be wary of the ingredients of the cleaning products as they could be causing adverse chemical reactions when they mix the wrong chemicals. As IFL Science reported, they could either end up destroying their toilet or accidentally inhale a gas banned by the Geneva convention.

Mixing bleach and acids would create chlorine. Washington State Department of Health wrote on their website that chlorine bleach mixed with acids, such as vinegar, glass and window cleaners, and toilet bowl cleaners, would produce chlorine gas. Then when mixed with water, it produces hydrochloric or hypochlorous acids.

They added that chlorine gas exposures would irritate the eyes, throat, and nose, which then causes breathing problems, coughing, runny nose, and watery eyes. However, a worse scenario could include more breathing problems, chest pain, fluid in the lungs, pneumonia, and vomiting. Sometimes, it also causes death when a person is exposed for too long to chlorine gas.

When chlorine is absorbed through the skin, it could result in blistering, inflammation, pain, and swelling. Meanwhile, hydrochloric acid could burn the skin, eyes, throat, nose, mouth, and lungs.

According to a previous report by IFL Science, the US poison control has seen increased numbers of calls about people getting poisoned earlier in the pandemic as people turned to excessive cleaning.

The Centers for Disease Control and Prevention (CDC) said that these calls were related to exposure to cleaners and disinfectants. They noted that there is a clear association between the shift in lifestyle and increased use of cleaning and disinfectant products when the COVID-19 pandemic began.

Most of the calls were about bleach, non-alcoholic disinfectants, and hand sanitizers wherein one unfortunate woman experienced poisoning after washing her fresh produce with a mixture of bleach, vinegar, and hot water. Since mixing bleach and acids produces chlorine gas, she ended suffering from difficulty breathing and low oxygen levels in her blood.

Experts once again remind the public that fresh produce should only be washed with running water and not household dish soaps because of toxicity issues.

RELATED ARTICLE: Would You Gargle Bleach? 39% of Surveyed Americans Have Engaged in Risky Cleaning Habits