A new discovery in photonics was conducted using nanomaterials that enhance the function of LEDs available in the electrical industry and the commercial market. The procedures in the study were able to produce low-cost and eco-friendly light variants through stabilizing nanocrystals. 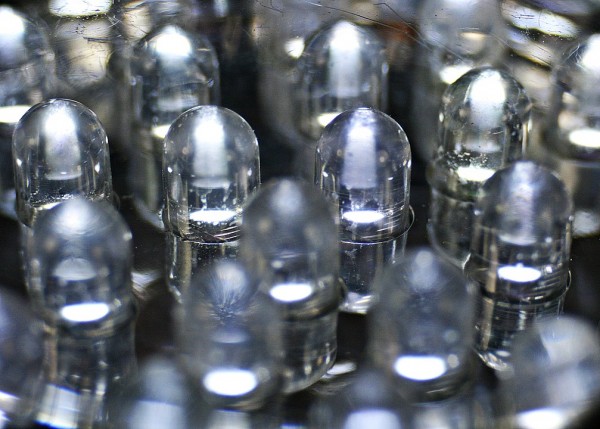 LED or light-emitting diode is a type of diode that produces bright lights through rectifying electricity. LEDs are widely used for commercial technologies and are frequently overlooked in many fields of scientific applications. Many electric light sources are transitioning from the traditional incandescent fluorescent composition to the cheapest, reliable, and most sturdy type of bulb. LEDs are also known to give off light for a very long time and emit less heat compared to the usual light bulbs.

Even though LEDs are the most efficient electric light source today, experts do not have any plans to stop finding the best solution that could make the near-perfect light emitters fully achieve zero-waste, the most efficient version of themselves. Through the accomplishment of developing a less energy-consuming medium of light, better performance and effective applications are expected to the outcomes from the industries that heavily rely on LED, including security, consumer machinery, and devices, as well as medicine.

A collaborative effort was conducted by the experts from the United States Department of Energy's Argonne National Laboratory, SLAC National Accelerator Laboratory, Taiwan's Academia Sinica, and the Brookhaven National Laboratory to develop the most stable and efficient LED through the help of perovskite nanocrystals.

ALSO READ: Scientists Discover a Fluid-Like Electron That Flows in a Novel Metal

Perovskites are another type of semiconductor similar to LED. Moreover, the perovskites also possess comparable crystalline structures from the light diodes, as well as their composition that allows light to be absorbed and emitted through the crystals. But despite the astonishing features presented by the mineral, perovskite was proven unstable in terms of examination.

To solve the perovskite conundrum, the researchers stabilized the nanocrystals through an approach known as a metal-organic framework or MOF. PhysOrg reported that by fusing the nanocrystals and LED technology, the future light source could perform in much lower energy consumption than the present-day LEDs. The unbelievable potential of the nanocrystal LEDs is expected by the experts to be applied from the lower-tier of consumer electronics up to medical and industrial essentials such as gamma-ray imaging and security scanning.

Los Alamos expert and former JR Oppenheimer Hsinhan Tsai said that the challenging but impressive potential of nanocrystal in MOF has not been tested before. But the new process they have successfully applied was the first to materialize the concept with LED integration instead of just observing it in its powder form.

Perovskite nanocrystals combined with LED through MOF were previously attempted in previous studies, but the nanocrystals just keep coming back to their original microphase which would not let experts continue or even improvise the solid version into LEDs. The phase is also called the bulk phase, in which materials contain numerous atoms that could be measured up to billions.

The nanocrystals, on the other hand, do not have many atoms and are measured to contain a maximum of thousands. This was all resolved through fabrication under MOF, and can even produce LED lights that emit additional color selections to the normal LED colors, including blue and green, as well as bright red lights. The study was published in the journal Nature Photonics, titled "Bright And Stable Light-emitting Diodes Made With Perovskite Nanocrystals Stabilized In Metal-organic Frameworks."