The world's first and largest climate-positive direct air capture and storage facility, designed to suck up and store carbon dioxide underground, has just gone live in Hellisheidi, Iceland. For the direct air capture industry as a whole, the unveiling of 'Orca' on Wednesday was a great moment of ambition becoming a reality. 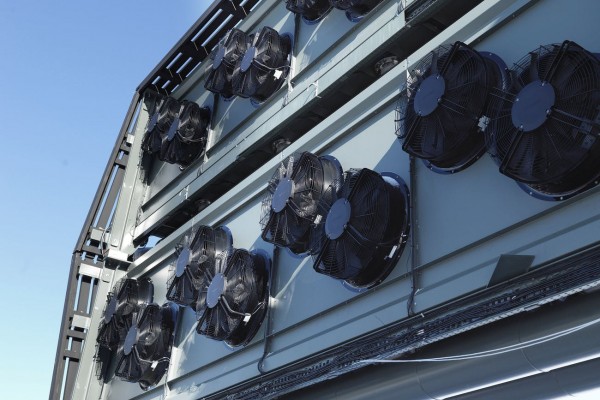 Climeworks, a Zurich-based firm, is said to have built the enormous $15 million "direct air capture" or DAC equipment, which was recently installed at Iceland's Hellisheii Power Station. As part of the overall endeavor to lower greenhouse gas levels in the earth's atmosphere, Orca can capture 4,000 metric tons of CO2 each year.

According to WSBuzz, this is the equivalent of roughly 790 vehicles being emitted annually. However, International Energy Agency said this figure is a drop in the bucket compared to worldwide CO2 emissions, which are expected to reach 34.7 billion tons in 2020.

The 'Heart' of the Plant That Processes Carbon Dioxide

The plant gathers carbon dioxide by drawing air into a collector (the plant's heart), which contains a filter substance. Climeworks said the two-step process of capturing carbon dioxide occurs in all eight collector containers, which are metal boxes that look like maritime shipping containers.

Direct air capture technology, or DAC, works just as it sounds. Giant fans are said to pull ambient air into contact with an aqueous solution that takes up carbon dioxide and pushes it into a trap.

First, the air is drawn into the collector by a fan. Carbon dioxide trapped inside the collectors is subsequently captured by the extremely selective filter material. Second, once the filter material has been loaded with CO2, the collector is closed and the temperature is raised to between 80 and 100 °C to release the CO2 and collect the highly purified, highly concentrated CO2.

Finally, the CO2 is combined with water before being injected into adjacent basalt rock, where it is petrified, at a depth of 1,000 meters. As world specialists in fast underground carbon dioxide mineralization, the Carbfix's responsibility was to create a robust scientific backbone.

Science Alert said "collector" devices on one side of the DAC machine suck in CO-2 air from the surrounding environment. On the other side, it releases clean CO2-free air at the same time. CO2 is subsequently collected and stored in collector units, which are then ready for treatment.

Orca, according to Wurzbacher, has been able to give a scalable, adaptable, and even reproducible design for Climeworks' future development as a milestone in the direct air capture sector. As demonstrated on Climeworks, attaining worldwide net-zero emissions is still a long way off at the present.