Astronomy is a wonderful science to explore because the cosmos is so wide, and there is so much to learn about the evolution of the expanding universe. Now, anyone can observe the cosmos and see the dark matter, dark energy, galaxies, stars, and other cosmic objects that make the whole universe.

Science Alert reported that an international team of researchers developed a simulation of outer space, the largest and most complete virtual universe ever created and made it free of charge to anyone who would like to explore the universe.

The virtual universe is described in the paper titled "The Uchuu Simulations: Data Release 1 and Dark Matter Halo Concentrations," in the Monthly Notices of the Royal Astronomical Society. 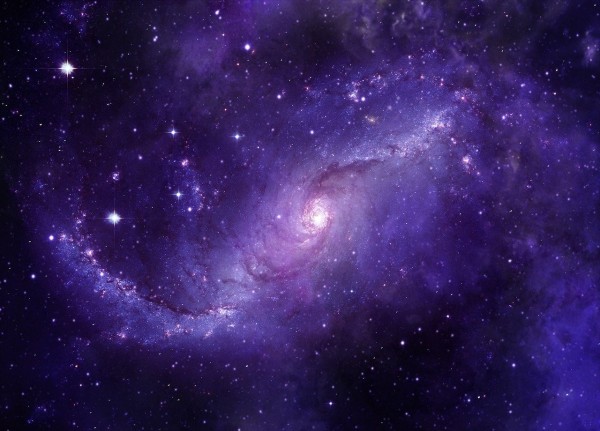 The virtual universe is called the Uchuu simulation, which is made possible using a supercomputer. Uchuu is a Japanese word that means "outer space."

As Science Alert reported, the Uchuu simulation contains 2.1 trillion particles in a computational cube in an unparalleled 9.6 billion light-years at the side. Additionally, it also shows the evolution of the Universe in its almost 13.8 billion year history. Although it does not focus on star and planet formations, it shows how dark matter behaves within an expanding universe.

Astronomers can identify everything in the Uchuu simulation because it is extremely detailed, from the galaxy clusters to the dark matter halos of each galaxy.

According to HPC Wire, the Uchuu simulation reveals the scale of cosmic structures that ranges from the largest galaxies to the smallest ones. Researchers noted that since planets and stars are not resolved in the virtual universe, seeing alien civilizations must not be expected.

Ph.D. student Julia F. Ereza who uses Uchuu to study the universe's large-scale structure compares the Uchuu simulation to a time machine that lets users either go backward or forward in time. It also lets them zoom in or zoom out in a specific galaxy to visualize the whole cluster and see in an instant the things happening within the universe from every place and time, which is important when studying the cosmos.

ALSO READ: 4 Most Interesting Things Ever Found Across the Universe

Despite being a supercomputer, researchers said that it still took them one year to generate Uchuu. They used all 40,200 processors exclusively for 48 hours each month, while a total of 20 million supercomputer hours were consumed generating 3 Petabytes of data or an equivalent to producing 894,784,853 pictures using a 12-megapixel cellphone.

The team compressed all data for the Uchuu simulation into a 100-terabyte catalog that is now made freely available on the cloud in an easy format so anyone can view it. Their raw data can be viewed at this site.

In the near future, they will release virtual catalogs of galaxies as well as gravitational lensing maps. The team emphasized that Big Data science products from Uchuu will help astronomers interpret Big Data galaxy surveys expected to come from Subaru Telescope and ESA's Euclid space mission.

RELATED ARTICLE: What's The Shape Of The Universe? Experts Say It Could Be A 3-D Donut!

Check out more news and information on Universe on Science Times.