Electrons have the ability to move similar to water ripples throughout any material. In addition, these ripples created by electrons often form numerous interesting patterns as they collide and intersect.

What is Geometric Confinement? 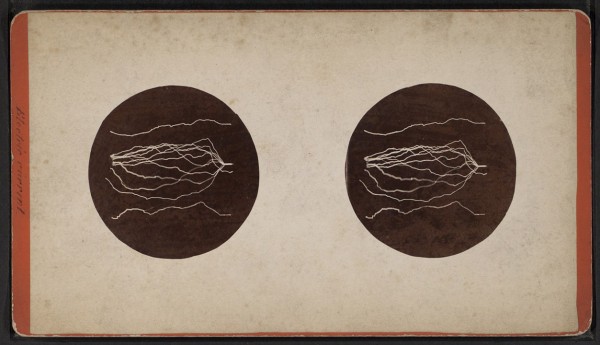 Argonne National Laboratory experts under the US Department of Energy have recently observed new intersecting patterns from a material with a thin film-structured metal oxide called titania. The electron activity has been observable in nanoscale due to the shape of the film material being confined.

The geometric confinement approach is a process where materials are restricted in a specified boundary without exceeding their certain structure phase. When confinement is applied, full control and alteration of the material's composition, including its own molecules, will be managed conveniently without effort.

Titania, according to the latest experiment, is capable of interacting its own electrons with each other. The interference caused by each group of electrons produced unique waves. In addition, the electron activities increase the metal oxide's conductivity, allowing the material to be a more effective medium of electricity compared to its initial state. The said changes were observed and analyzed by scientists through a mesoscale, where the quantum effects such as molecular and electron activities are measured in their true scale smaller than what the naked eye could see under a microscope.

The mesoscale observation of titania metal oxide is one of the comprehensive studies that provided insights regarding the smallest materials, such as particles, atoms, and molecules, and how they behave and interact in their tiny environment. Moreover, the data gathered from the nanoscale examination could provide supporting information to the studies of electronic applications under the quantum level.

Northwestern University graduates Argonne's Material Science Division Expert and author of the study Frank Barrows said in a report by PhysOrg that their latest study is different from previous works they have already developed. The expert added that the small-scaled investigation allowed them to observe the potentially tiniest phenomena transparently compared with their initial molecular and quantum-level studies.

The effect between electric current and titania's fusion normally produces the most basic waveforms throughout the oxide material's structure. During this simple process, charged particles called ions are also affected by the electric application, causing them to be displaced. The frantic response of the particles is the easiest way to allow the electric current to flow effortlessly through the metal. The evident rise in conductivity and resistance is the most common process utilized in modern-day electronic devices, infrastructures, and applications.

Argonne's expert and co-author of the study Charudatta Phatak said that they attempted to understand how a specific material could have its properties modified just by confining the shape of the selected subject material. In conclusion, the overall experiment of the research was a success and is expected to be added with more insights, including how the oxide increases its conductivity and interchange it to resistance, as well as its application on the quantum information processing and other electronic information systems. The study was published in the journal ACS Nano, titled "Mesoscale Confinement Effects and Emergent Quantum Interference in Titania Antidot Thin Films."