Chemists from the Goethe University, Frankfurt have developed new groups of nanomaterials and analyzed the discovery in collaboration with researchers from the University of Bonn. For the first time, researchers have successfully produced nanospheres using silicon atoms and diamond-like crystal building blocks of semiconductors silicon and germanium. The two new classes of nanomaterial substances potentially have major applications in the miniaturization of high-resolution screens, computer chips, solar cells, light-emitting diodes, and more.

Computer chips today measure only a few nanometres in size and have become even more energy-efficient and powerful as a result of advancements in the science of miniaturization. The etching process used traditionally in the production of chips has been reaching its limits for quite some time now. Hence, the development of novel nanostructured semiconductor materials has been a venture worth undertaking for many scientists. These nano-scale semiconductors also play a vital role in converting light into electricity and vice versa. 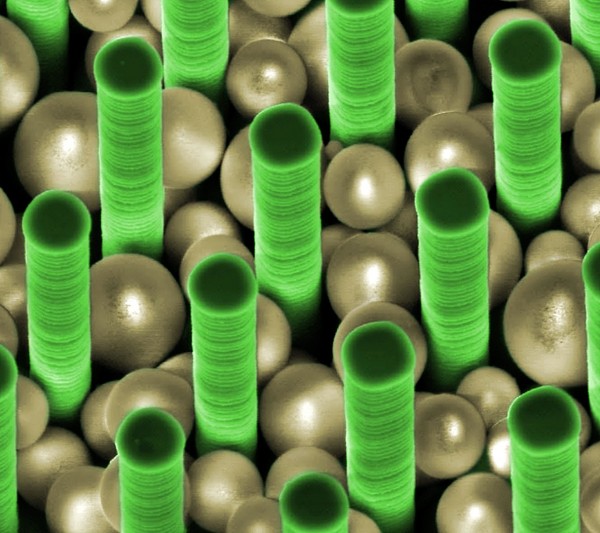 Scientists have agreed that nanomaterials are characterized by nano-scale measurements ranging, typically, 100,000 times smaller than the human hair. Nano-sized particles naturally exist and can be synthesized using a wide variety of products such as minerals and carbon. However, n nanomaterials, by their definition, must at least have one dimension. Most nanoscale materials are too small for the human eye and require laboratory microscopes to be seen by the naked eye.

Also often called engineered nanomaterials, these can take unique electrical, magnetic, optical, and other properties and possess the potential to greatly impact not only electronics, but medicine, and other fields as well according to the National Institute of Environmental Health Sciences.

ALSO READ: Can Fluid-Like Electrons Really Behave Like Liquids While Flowing in a Novel Metal? Here's What Scientists Claim

Researchers from the Goethe University, Frankfurt led by Matthias Wagner have successfully been able to synthesize molecular nanospheres of 20 silicon atoms known as silafulleranes in a study published in the journal ACS Publications, titled "[Cl@Si20H20]-: Parent Siladodecahedrane with Endohedral Chloride Ion"

The second class of new nanomaterials of crystal building blocks comprised of 10 silicon and germanium atoms has been synthesized in diamond-like structures in a study published in the journal Chemistry Europe, titled "Selective One-Pot Syntheses of Mixed Silicon-Germanium Heteroadamantane Clusters" insights on the electronic structures of the new nanomaterials were provided by computer-based analyses from Stefan Grimme's group of researchers from the University of Bonn.

The silicon nanosphere material comprised of 20 silicon atoms of silafullerane takes the shape of a dodecahedron, a body made of regular pentagons. Inside chloride ions are encapsulated. Hydrogen atoms protrude outwards of the material at each silicon corner of the atom.

Carbon, which in chemistry appears similar to silicon and germanium elements occurs in comparable forms with the two new classes of nanomaterial substances. Fullerenes are observed to increase the efficiency of solar cells, which, in turn, could make electric car batteries much safer, while promising high-temperature superconductivity. Nanodiamonds, on the other hand, also have a diverse range of applications from catalysis research to pharmaceuticals development reports AzoNano.