By just adding a spoonful of sugar to overcome inherent stability concerns, researchers from the Monash Energy Institute have produced a longer-lasting, lighter, and more sustainable competitor to lithium-ion batteries.

Lithium-sulfur batteries may theoretically store up to five times more energy than lithium-ion batteries of the same weight; however, their useful life is limited. Lithium-sulfur batteries, which are also lighter and less expensive than current versions, might be the next generation of power cells used in electric automobiles and mobile phones, provided scientists can make them last longer.

Their findings were published in the journal Nature Communications this week. The study is titled "A Saccharide-Based Binder for Efficient Polysulfide Regulations in LI-S Batteries."

Lithium-Sulfur Batteries: Sugar as a Solution to Lengthen Battery Life

Batteries made on lithium-sulfur aren't exactly new in the technology industry. The technology that enables the production of these batteries has been discussed in the scientific community for years. One study titled "High Rate and Stable Cycling of Lithium Metal Anode" even examined how these batteries work.

The battery's endurance issues were already apparent at the time. That is why a team of Monash University researchers in Melbourne sought, ABC News Australia said. The researchers found an answer in a 30-year-old geochemical item: sugar. 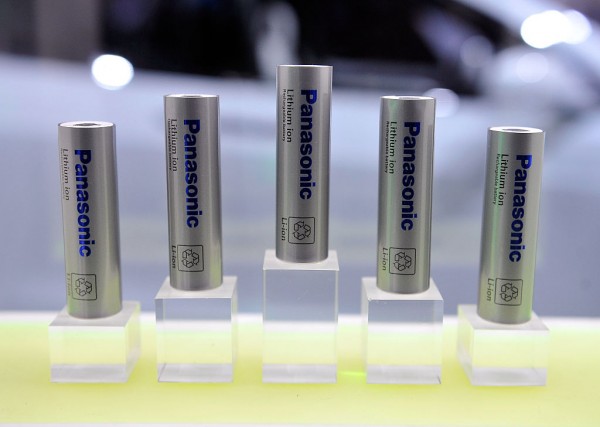 (Photo: Photo by David Becker/Getty Images)
LAS VEGAS, NV - JANUARY 06: Lithium-ion batteries are displayed at the Panasonic booth during the 2015 International CES at the Las Vegas Convention Center on January 6, 2015, in Las Vegas Nevada. CES, the world's largest annual consumer technology trade show, runs through January 9 and is expected to feature 3,600 exhibitors showing off their latest products and services to about 150,000 attendees.

There are two significant issues. Although only one of them is related to the sugar technique. Unlike lithium-ion batteries, lithium-sulfur cells store energy by absorbing positively charged lithium ions through an electrode composed of sulfur particles.

On the other hand, using a sulfur electrode might produce polysulfides, which can induce "mossy growth" in the anodes of the batteries (aka charging terminals). As a result, the performance of lithium-sulfur batteries will deteriorate over time.

Incorporation of a "glucose-based additive" (glucose in this context literally means sugar) into the batteries' cathode matrix succeeded to "stabilize" the sulfur, according to the article they referenced as a reference, which was published in the late 1980s. As a result, the sulfur could not coat the charging terminals over time.

Lithium-Sulfur Battery a Leading Contender vs. Other Batteries

Last year, Monash University in Melbourne researchers proved in "Expansion-Tolerant Architectures for Stable Cycling of Ultrahigh-Loading Sulfur Cathodes in Lithium-Sulfur Batteries" that they could open up the structure of the sulfur electrode to allow for expansion and make it more accessible to lithium. Experts do now wish to go further (likely at least match those of lithium-ion cells).

The EU Research and Innovation Magazine, citing the experts, said that mainstream integration into electronic gadgets could be achieved within 10 years if technology advances sufficiently.