NASA’s DART Spacecraft That Will Save Earth From Giant Celestial Bodies Nears Completion; Will It Messily Smash Asteroids?

NASA has been hard at work on several projects. One of which is known as the Double Asteroid Redirection Test (DART). The spaceship was sitting in the center of its cleanroom earlier this month, with its solar arrays coiled into a pair of cylinders on each side. As the launch of DART approaches, NASA discusses some of the technologies that experts will use on the mission.

The space agency said a Didymos Reconnaissance and Asteroid Camera for Optical (DRACO) navigation imaging equipment is underneath the spacecraft's panels. Engineers are nearing completion of the spacecraft's integration, bringing it one step closer to launch. DART is an intriguing combination of old and modern technologies, with some of the latter being exhibited for the first time aboard a spaceship.

According to a report in MIT Technology Review, NASA intends to purposely smash a spaceship with an asteroid in a dress rehearsal of saving the Earth from a potential asteroid catastrophe. Will it be a messy ride?

Humans don't want to go the way of the dinosaurs, which is why NASA is planning a trip to explore techniques of potentially diverting an asteroid if one is discovered in the future. NASA might launch DART in November 2021, Republic World said. After a year in transit, it will reach the vicinity of its target, Dimorphos, a stadium-sized asteroid that circles a much bigger asteroid known as Didymos. The DART spacecraft, which is the size of a car and weighs approximately one-third of a ton, will crash with the asteroid at an appalling speed of roughly 4 miles per second (6.5 km/s). If all goes according to plan, Dimorphos' roughly 12-hour orbit around Didymos will be altered on a minute-by-minute basis. 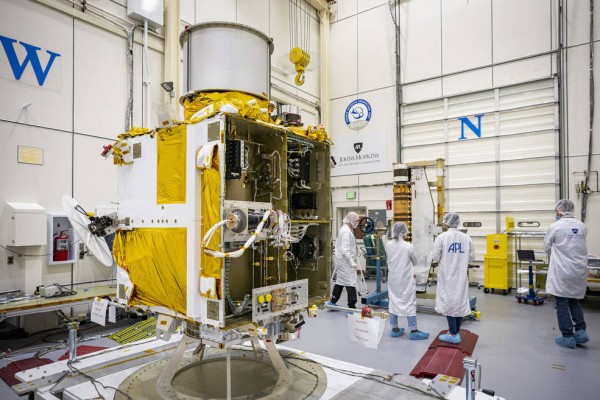 In the MIT study, DART Program Scientist Tom Statler of NASA's Washington, D.C. headquarters explained they wanted to avoid a genuinely devastating natural disaster. Scientists have done a significant study into what to expect from this change in Dimorphos' trajectory. Still, they haven't documented or entirely forecasted how the asteroid would react after the collision.

A recent study titled "The Excited Spin State of Dimorphos Resulting From the Dart Impact" investigates this topic by describing the first-ever simulations aiming to construct a picture of a post-impact Dimorphos. The researchers used a computation of the impact momentum to simulate the degree to which DART may speed or slow Dimorphos' spin or rotation and how this would affect the asteroid's yaw, pitch, and roll. Their conclusion hinted at a jumbled ending.

DART Smash Asteroids to Thousands of Pieces of Space Junk

When DART collides with Dimorphos, the impact energy will be about equivalent to three tons of TNT exploding, spraying thousands of pieces of debris into space. Slashgear, citing the MIT study, said the effect would be similar to a golf cart smashing into the side of a football stadium at 15,000 mph. While the influence will not result in an instant shift in Dimorphos' spin, this will occur over several days. Dimorphos will first display a little wobble, which will become more noticeable when the impact's force pushes the asteroid's spin out of equilibrium. Because there is no friction between the asteroid and outer space, the asteroid will continue to wobble until all of the impact energy has been transformed into asteroid motion. Dimorphos could spin in a variety of directions, including along its axis, like a rotisserie.

And anybody looking at Didymos' sky from its surface would notice that the once-sedentary satellite is now swinging madly back and forth, with its previous "dark" side suddenly showing face. This is very awesome as a dress rehearsal for saving the Earth from an asteroid catastrophe. However, understanding the outcome will need research into a slew of very complicated processes, ranging from a chaotic spin state to the influence of sunlight and heat propagation.