A year after the first case of COVID-19 was reported, new variants of SARS-CoV-2 have been reportedly infecting people. Since then, other variants have been identified, raising questions about who is the most at-risk, whether COVID-19 vaccines will still be effective, or what methods should be undertaken to keep everyone safe.

The rise of coronavirus variants highlights the role of evolutionary biology. Mutations are a complicated process that results from natural selection or random chance and has caused confusion on how and why variants emerge. 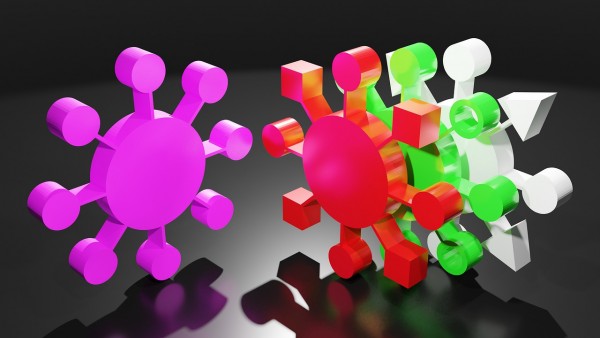 How Mutations Lead to Novel Variants

According to SciTech Daily, evolutionary biologist Vaughn Cooper and infectious disease epidemiologist Lee Harrison from the University of Pittsburgh worked together to track and control mutations of pathogens. They have been following how coronavirus has been acquiring mutations since the pandemic started.

In an article originally published in The Conversations, they wrote that reproduction in any organism involves copying its genetic code. Coronavirus stores the information in the RNA, and copying it risks having more errors than using DNA. They said that it could result in mutations in around 3% of the new virus copies.

A viral infection produces millions of viruses inside the body that could lead to mutations. But since more virus copies are the same as the original strain that started the infection, it dwarfed the mutated viruses. Most of these mutated ones are considered harmless glitches that do not alter how a virus works, while other mutations could harm the virus and make it more infectious to create a new variant.

These new variants can be transmitted to other people, causing a large number of COVID-19 cases that will out-compete less contagious strains. This is what happened to the Delta variant of the SARS-CoV-2.

Scientific American reported a few months ago that variants have many of the same mutations that increase the viral load that an infected person produces. Susceptible hosts are still abundant today as more than a million new infections are reported each day, and millions of people have not yet received any COVID-19 vaccines.

Cooper and Harrison wrote that natural selection would likely favor and exploit those unvaccinated people and make the virus more contagious. The evolution of coronavirus can be best avoided by reducing the number of infections.

Do COVID-19 Vaccines Cause the New Variants?

Peter Stoilov, Ph.D., an associate professor of biochemistry leading the efforts of variant sequencing of SARS-CoV-2 in West Virginia, told Healthline that mutations and variants occur randomly and independently of vaccination or natural selection. He pointed out that variants may precede selection by years or millennia.

Furthermore, he explained that mutations that define the variants of SARS-CoV-2 today were already of concern even before vaccines were created or distributed to the public. Dr. Stoilov added that variants have emerged in multiple independent unvaccinated people from all over the world and continue to reoccur randomly.

In other words, it is a well-established fact that COVID-19 vaccines do not cause mutations and subsequently any of its variants. If vaccines were creating more infectious and deadly variants, there would be more new variants among vaccinated populations than those unvaccinated people.

Also, there will be more diversity among variants in countries with high vaccination rates and an increased number of vaccinated people getting infected or dying from the new variants.

RELATED ARTICLE: What Are Booster Shots? US FDA Set to Discuss Pfizer's Application for a COVID-19 Vaccine Third Dose