A new study recently revealed that there could actually be a treatment on the way to help delay the bones' aging.

A Martha Stewart Living report through Yahoo! Life, per recently-published research, a so-called "fountain of youth" substance can help preserve bone marrow stem cells that can cure brittle bones. This treatment is also known as "acetate."

As people age, the makeup of their bodies will start to change. Such a change includes the bones, which may even begin to thin, resulting in fractures and even illnesses such as osteoporosis.

According to a team of scientists from the Max Planck Institute of Biology of Ageing and the University of Cologne, to get their results, they had to research epigenetics, the study of stem cell function based on genetics. 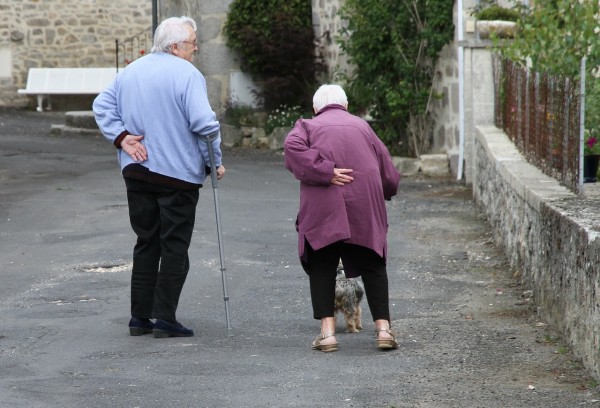 (Photo: Bernd Müller on Pixabay)
Researchers revealed the potential of acetate, known as a food additive, in strengthening aging bones. They describe their discovery as a ‘fountain of youth’ substance.

The research team found that when proteins are changed, formally called "histones," stem cell function reduces in bone marrow due to the ties to DNA in the cells.

The scientists continued by looking into mesenchymal stem cells to find out how they were affected by epigenetics. These stem cells are found in the bone marrow and generate other cells like cartilage, bone, and fat cells.

The study's first author, Andromachi Pouikli, said in a university release, they wanted to know if such stem cells are producing less material for the bones' development and maintenance as people age, leading to more and more fat build up in the bone marrow.

To do the process, the team compared the stem cells' epigenome from young and old mice, explained Pouikli. The first author added, they could see that the epigenome changes substantially with age. Essentially, genes that are essential for the production of bone are specifically affected.

As specified in the research published in Nature Aging, to replenish the epigenome of the stem cells, the team tended to mouse bone marrow stem cells with an acetate solution.

Pouikli explained such a treatment impressively led the epigenome to revitalize, enhancing the stem cell activity and resulting in higher production of bone cells.

To compare with humans, a similar GEN report said, the researchers discovered that the same epigenetic changes were discovered in them than in rodents, based on mesenchymal stem cell specimens from elderly hip surgery patients.

Pouikli also explained, sodium acetate is available as well as a food additive, although it is not recommended to use it in this form in the fight against osteoporosis, as the team observed is very particular to certain cells.

Nonetheless, there are already initial experiences with stem cell treatments for osteoporosis. Such a cure with acetate could work as well, in such a case.

Nevertheless, there is still a need to investigate in more detail the impacts on the entire organism to exclude probable risks and side effects, said the study leader, Peter Tessarz.

Related information about aging found in stem cells' genomes is shown on TheLSIatUM's YouTube video below: