Orbit Fab, a private startup located in San Francisco, has recently announced its plan to build the first 'gas stations' in space. These gas stations will be developed in part by the aerospace company Lockheed Martin to benefit from satellites hovering over our planet. 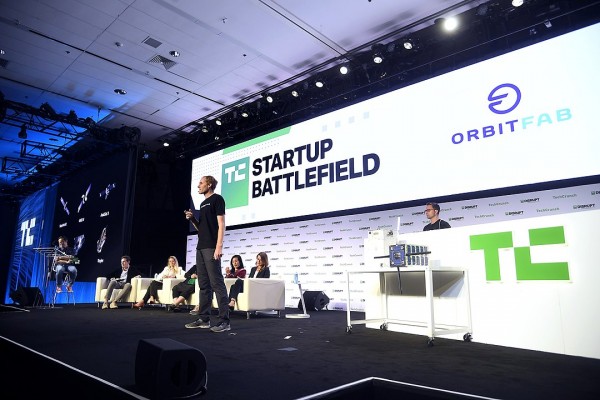 Orbit Fab already developed their first equipment called the Rapidly Attachable Fluid Transfer Interface or RAFTI, which has the ability to fuel the low-orbit satellites through their specialized port. The Orbit Fab shares on their website that the firm was created to make the commercialization up and running even outside the planet and on space. The company states that they support space businesses and upcoming industries that will be built and take advantage of the space for the advancement of communications and astronomical studies and space tourism, and cosmic mining.

RAFTI technology has the potential to help space vessel extend their run time, providing more opportunity in analysis and examination of their studies, as well as to have a proper time allotted for transportation in and out of Earth. Moreover, there is no need for space agencies to deploy another rocket for the refueling process, as RAFTI is already present near the space crafts and can provide service while in orbit.

RAFTI, according to Interesting Engineering, can provide fuels with a flow rate of 1 liter of roughly 0.264 gallons per minute. The system is also designed to resist extreme conditions that are natural in space. RAFTI can operate at its best between -40 to 120 degrees Celsius or -40 to 248 degrees Fahrenheit. It can also operate at pressures between 500 to 3,000 psi. Among the propellants RAFTI offers are helium, water, nitrogen, alcohol, and both liquid hydrogen and nitrogen.

RAFTI passed all of the initial assessments required and was able to have its first flight to space with the help of the rocket Falcon 9, developed by SpaceX. The launch commenced in the last week of June, amidst other famous rocket tests and mission launches of the year.

Lockheed Martin Corporation senior director and aeronautics expert Paul Pelley said that their firm's investment in the projects of Orbit Fab began the new era of space ventures and innovations of future technologies. Orbit Fab's RAFTI fuelling technology is among the most important aspects of space observation that experts had challenges developing. But with the possibility offered by the refueling system, Pelley said that greater maneuverability and life expectancy of space missions are now possible through replenishing their resources.

The collaboration between Orbit Fab and Lockheed Martin is just a fragment of a wider space development project that could solve the increasing space debris. The collective research and development to save and use the leftover satellites are led by the Union of Concerned Scientists or UCS. Based on the community's estimate, the accumulated satellites present in our orbit will sum up to over 100,000 in just 10 years. The RAFTI project will be the first step in sustainable space missions, lessening the powerless and useless space junk one refueling at a time.