A group of schoolchildren recently discovered a fossil that paleontologists said is a previously unknown species of a giant prehistoric penguin.

According to a Pop Science report, while "romping around Waikato, New Zealand," the students made an amazing discovery while hunting for fossils as part of their summer trip in their natural history club.

Accompanied by a resident fossil of their club, the schoolchildren kayaked to Kawhia Harbor and discovered an extraordinary skeleton set in stone.

The unidentified fossil was dug from the surrounding sandstone completely in 2017 and turned over as a donation to the Waikato Museum. 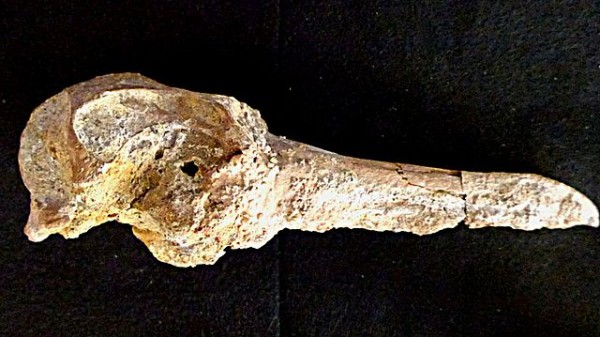 (Photo: rein schoondorp on Pixabay)
A group of schoolchildren recently discovered a fossil that paleontologists said is a previously unknown species of a giant prehistoric penguin.

As mentioned, paleontologists have identified the discovered bones as a skeleton of a formerly unidentified species of giant prehistoric penguin.

Through 3D scanning methods, researchers developed a digital model of the new penguin species and compared it to other identified specimens all over the world.

They concluded that this new species is from 27.3 to 34.6 million years of age, from a time when Waikato was immersed underwater.

The penguin stood at 4.5 feet tall as well, compared to kids the children who discovered it. The finding was published in the Journal of Vertebrate Paleontology.

When comparing identified fossils of penguins, the researchers discovered that their specimen bore resemblances to a group of Karuku penguins on the South Island or the Te Waipounamu island of New Zealand.

However, the new penguin was much leggier. The researcher decided to call it Kairuku waewaeroa, which, in the Maori language, means

But the new penguin was much leggier. They decided to name it Kairuku waewaeroa, which means "long-legged" in the Maori language.

In a statement, co-author of the study Daniel Thomas said Kairuku waewaeroa is illustrative for various reasons. Thomas, a University of Massey ornithologist, added, the fossil penguin serves as a reminder that "we share Zealandia with "incredible animal lineages that reach deep into time,"

The manner the fossil penguin was found by the schoolchildren out exploring nature, explained Thomas, is a reminder of encouraging future generations to turn into kaitiaki, a Maori word that means guardians.

Essentially, this is a similar EurekAlert! report that specified, "the fossil record for giant penguins is a small sparse in New Zealand," with paleontologists needing to depend on a limited selection of fragments to piece together a sequence of events.

Furthermore, finding a new specimen is a valuable discovery, although this one is "the most complete fossil" of prehistoric North Island penguin, Simone Giovanardi, lead researcher, explained to the Stuff, a New Zealand publication.

The findings suggest that probably, there is more to unveil in the Waikato, and this is such a discovery, said Giovanardi.

A Discovery Contributing to Present-Time Academe

Meanwhile, according to Mikey Safety, the club president responsible for the fossil discovery field trip of the kids said, he is hoping Kairuku waewaeroa can help the study authors understand further these great birds' evolution.

Like Kairuku waewaerooa, Sci-News reported, giant penguins are much larger compared to any diving seabird at present, and we know the body size can be an essential factor when considering ecology.

Steffan Safety was 13 years old and recalled that particular time with awe and appreciation at the time of the discovery. In a statement, he said, it is surreal to know that such a discovery made as children many years back is now contributing to the present-time academe, not to mention a new species.

Related information about giant penguins is shown on Facts and Theories with George's YouTube video below:

RELATED TOPIC: Penguins Can Shoot Their Poop Cannons with a Trajectory of Over Four Feet