Mozart Effect: Scientists Explain Why This One Song Relaxes Brain Activity of Patients With Epilepsy

There is growing evidence of the positive effects of music on patients with epilepsy. Science Alert reported that Mozart's Sonata for Two Pianos in D Major (K448) was found to calm the epileptic brain, although little is known about the mechanism behind the therapeutic power of the Mozart effect.

The team tested 16 patients with epilepsy that did not respond to medication and observe how their brain would react to Mozart's sonata. The patients were glad to know that a non-invasive method could be used for treatment. Before this study, Mozart's sonata was already known for its effects on cognition and other brain activity. 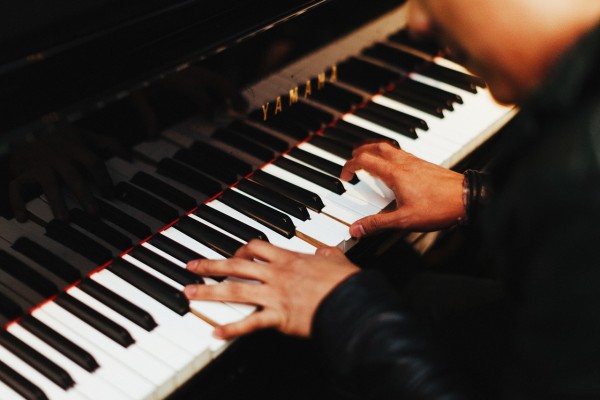 Previous research has suggested a complex relationship between music and epilepsy. Some were even triggering a seizure but not Mozart's Sonata for Two Pianos in D Major (K448). According to Genetic Engineering and Biotechnology News, several studies reported that Mozart's sonata could reduce ictal and interictal epileptiform activity or also known as epileptiform discharges.

The study, titled "Musical Components Important for the Mozart k448 Effect in Epilepsy," published in Nature's Scientific Reports, was designed to compare the effects of listening to either Mozart's sonata or Haydn's Symphony No. 94 on the EDs of epileptic patients.

Researchers noted that they chose Haydn's music because it has a similar musical style to Mozart's sonata from the same period. Also, the two music elicits similar emotional effects. They believe that the similarity of the music between the two composers would reveal shared features and differences that explain the effect of music on EDs.

But aside from confirming the effects of Mozart's sonata, the team also wanted to analyze the acoustic characteristics of both pieces of music from the two composers. They wanted to confirm that music's properties can explain the anti-epileptic effects of music.

The team also said that men and women responded differently to the two pieces of music. Haydn's No. 94 suppressed EDs only in women but increased EDs in men. This shows that acoustic features of music composition have a different effect on men and women.

Researchers initially hypothesize that the Mozart effect is connected to the emotional effects of the music, such as when the neurotransmitter dopamine was released by the brain's reward system when listening to music.

But the team did not observe direct proof of the mechanism. They suggested that the Mozart effect could not be explained by the release of dopamine as the patients were no music connoisseurs and even declared emotional indifference to both Mozart's and Haydn's music.

The team noted that the ED reduction in EDs was larger in the lateral temporal lobe, the part of the brain responsible for an emotional response to music. Therefore, Mozart's sonata did not invoke pleasure to patients more than Haydn's No. 94. That means acoustic features of Mozart's sonata have affected brain activity that reduced EDs in epileptic patients.

The team recommends further research, particularly long-term randomized controlled studies on the positive effects of music in patients with epilepsy.