The Centers for Disease Control and Prevention (CDC) has once again identified a multi-state Salmonella outbreak in the country this year. The last reported disease outbreak was caused by Salmonella typhimurium and Salmonella infantis identified in Italian deli meats, such as salami, and prosciutto.

The Denver Channel reported that the recent Salmonella outbreak is linked to 127 illnesses across 25 states wherein 18 have been hospitalized and with zero death. The CDC continues to investigate as they have not yet determined the specific food source that caused the disease outbreak. 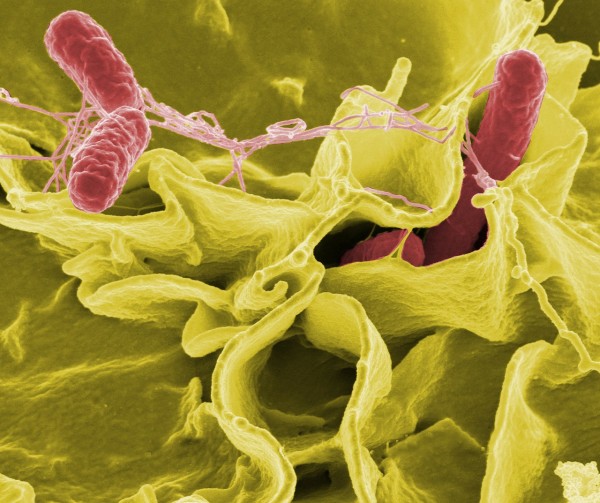 Ever since the first 20 Salmonella oranienburg infections were identified by the CDC on September 2, 2021, the number of infections has significantly grown. By September 15, 127 people were already infected from 25 states. Marler Clark: The Food Safety Law Firm reported that illnesses have started to appear from August 3 to September 1.

Infected patients were between 1 to 82 years old, with a median age of 33. Out of the 127 infections, 59 % of them are females. The health agency noted that the actual number of people sickened by the Salmonella oranienburg is likely much higher than the reported cases, and may not be limited to the 25 states identified with the infection.

Many people can recover from the infection without medical care or being tested for Salmonella, hence they are not part of the reported cases. Some cases were also not reported because symptoms appear three to four weeks after infection.

The investigation for the food source continues as the CDC analyzes the data from the answers given by the patients to public health officials. As of now, they have not identified a specific food item as a potential source, but several groups of people or subclusters have reported going to restaurants.

These subclusters of people do not know each other but happen to go to a similar restaurant and later on experienced symptoms of Salmonella infection. Public Health investigators are using a system, called PulseNet, to track the bacteria that caused the outbreak. It manages a national database of DNA fingerprints of bacteria that causes illness from food.

Experts have used whole-genome sequencing (WGS) to do DNA fingerprinting on bacteria, showing pathogens are genetically closely related and that it is highly possible that the recent Salmonella outbreak is caused by the same food.

What to Do When You Caught Salmonella Infection

The CDC encourages anyone who is experiencing symptoms of Salmonella infection to take action right away by going to a medical healthcare provider, writing down the food they ate in the last week before getting sick, report the illness to the health department, and answer questions asked by public health investigators.

For those experiencing severe symptoms, such as diarrhea for three days, fever higher than 102°F (38°C), so much vomiting, and dehydration to immediately call a healthcare provider.

Check out more news and information on Salmonella in Science Times.