An unnamed 15-year-old teenager from London, UK was triggered by his sexual curiosity and decided to do an experiment of inserting the USB cable into his penis to measure its length. However, it backfired when it got stuck in his scrotum.

He tried removing it himself but the USB cable became tangled even more and the two ends were left hanging out his penis. He had to undergo emergency surgery to remove the USB cable. His case was detailed in the paper, titled "Urethral Self-Insertion of a USB Cable as Sexual Experimentation: A Case Report," which was published in the medical journal Urology Case Reports. 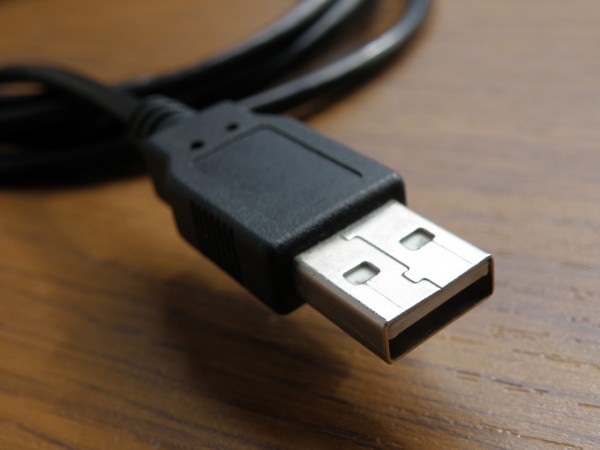 (Photo : Pixabay)
15-Year-Old Teenager Stuck USB Cable to His Penis to Measure It, Ends Up in ER Instead

The Sun reported that the teenager's parents were forced to take him to the emergency room after he urinated blood because of the stuck USB cable in his penis. The hospital staff at the unknown hospital were unsuccessful to remove it at first so they transferred the boy to University College Hospital London for treatment and surgery.

Doctors had to cut into the bulbospongiosus muscle, the area between his genitals and anus, to get the USB cable out. But they were unable to get the knotted part of the cable through that cut before taking out the remaining pieces of the electrical cable. Fortunately, the boy did not need further treatment and was discharged the next day.

Experts wrote in the paper that the teen asked to be examined without his parents. But said that the boy displayed no evidence of psychiatric disorder, and noted the cause of the incident as "experimentation."

"This constituted another case of sexual curiosity resulting in a challenging urological emergency, managed effectively with open surgery and without any short-term complications," they wrote.

The teen had to go back to the hospital after two weeks for a follow-up check-up and will require further monitoring in the future. Doctors warn that putting things in the penis through the urethra is risky behavior that could result in a hole in the bladder, urinating blood and painful erections.

ALSO READ: Testicular Trauma: 11-Year-Old Boy Injured With a Stick That Pierced Through His Scrotum

Experts have blamed the incident on "sounding," which is a strange behavior of inserting objects in the urethra in an attempt to increase sexual pleasure. According to Daily Mail, sounding could cause several problems as mentioned earlier.

But it could also result in more serious complications, such as a hole in the bladder, scarring in the tube where urine passes out of the body that could require major reconstructive surgery to get it fixed.

There was one case wherein a man from Michigan inserted six kidney beans into his urethra for sexual gratification, causing infections and urethral injuries. The man was left struggling to pee after the incident.

UK-based andrologist Dr. Amr Raheem told Daily Mail that the teenager's case highlights the most serious consequence of sounding because surgery was needed to remove the object. He noted that despite the surgery's success and without immediate complications, the boy may later develop a narrowing urethra that will give him problems in urinating and make him at risk for urinary tract infection.

He added that even when a man or a teenager was able to remove the inserted foreign object into their penis, it could still lead to serious complications. Unfortunately, sounding has become more common these days because of social media that spread misinformation and endangering lives.

RELATED ARTICLE: A Two-foot Charger Was Removed From a Man's Bladder Which He Inserted Through His Penis