A recent study was conducted regarding the functions of a specific parasitic bacteria under the genus Phytoplasma. In the research, it was shown how the bacteria could help plants develop while protecting them from rapid aging. The plants associated with the bacteria acquire a property that allows them to inhibit the 'zombie-like' feature, which slows their aging process and prevents them from decaying. 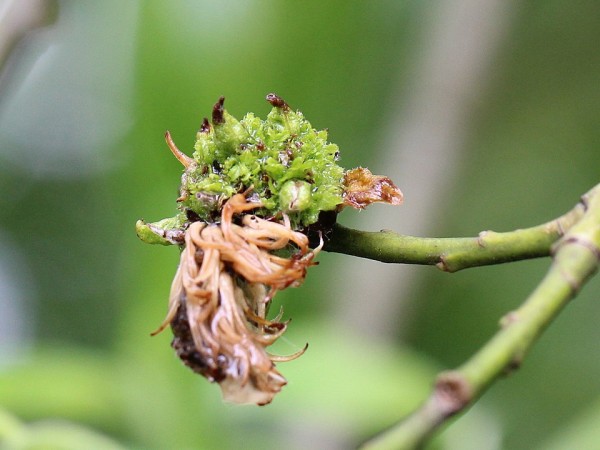 Numerous studies have already shown how various types of parasites interact with their hosts. Although it expresses the same function, every organism with a parasitic nature has distinct ways of parasitizing other organisms. In some studies, it was found that most of them even make their partner lose control of themselves through conducting their parasitic process with their hosts. Among the parasites that can control a body effortlessly is a fungus from the genus Ophiocordyceps, where it feeds off of tropical ants while controlling their bodies in the process.

According to FreeNews, the capability of Ophiocordyceps to control and make their hosts 'zombies' is also found in another parasitic bacteria known as the Phytoplasma. However, the skill of this genus only works with plants instead of insects or animals. In the study, it was explained that the microbes from the Phytoplasma disrupt how a plant should develop naturally, slowing down every growth it manifests and make it barren of fruit production. Phytoplasma has its composition to make a plant get stuck on its childhood or any stage it was currently at.

Phtoplasma's ability was found to work through the help of a bacteria protein called SAP05. These proteins are usually emitted in large quantities by the bacteria to make any plants easier to infiltrate. In the study, the bacteria proteins are observed to have their best way of passage through the tissues and cells of plants, allowing them to directly affect the physical and inner structures and the function that makes plants process their protein wastes.

SAP05's effect on plants is widescale throughout the anatomy microstructure of plants. Through the bacteria proteins, the plants incur damages in their molecules and signals that are responsible for aging and development, slowing every function they have that is correlated with 'growing-up.' Phytoplasmas' stops the growth of plants and seemingly offers them a chance to undergo a phase of 'eternal childhood.' In some cases, plants affected by the bacteria and becomes a zombie plant can regenerate new leaves and other plant structures, but only under the command of the bacteria which already controls the organism.

The study mentioned that SAP05 degrades specified regulators of development found in plants. These regulators are genes called the 'SQUAMOSA-promoter binding protein-like' or SPL and the DNA binding proteins responsible for defining cell and development differentiations or GATA. These genetic essentials are affected through the Phytplasma's ability to hijack the plant's ubiquitin receptor called RPN10.

RPN10's presence in eukaryotes is heavily protected and well-conserved. But this composition in the plant's genes could be the gateway to letting Phytoplasmas gain complete control over the overall body. The study was published in the journal Cell, titled "Parasitic modulation of host development by ubiquitin-independent protein degradation."