Parkinson's Disease is an illness in which brain parts become progressively impaired over the years. Someone who has this condition can suffer from an array of physical and psychological symptoms, some of which can be spotted on his face.

Daily Express describes this disease as a "progressive condition" from which the nervous system and brain signals are disrupted.

This then can lead to several impairments, many of which are related to movement. The symptoms are frequently difficult to detect initially, yet they can become quite noticeable as the condition progresses.

There are three main symptoms of Parkinson's disease. These include experiencing stiff muscles, slow movement, and tremors. 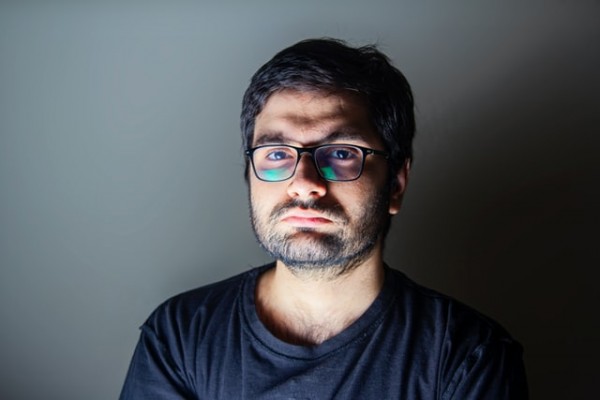 (Photo: Usman Yousaf on Unsplash)
An expert said, for one who’s told he looks serious, mad, or depressed when he’s feeling fine, it is important that he ask his doctor about screening for Parkinson’s disease.

Parkinson's Symptoms Spotted on the Face

There are some other symptoms, too, that may develop because of problems with the manner affected brain cells and nerves are controlling muscles.

These other symptoms include an individual having lesser facial expressions like frowning or smiling, according to Patient Info. It may also be noticed that an individual has reduced blinking, the site also said.

According to an Eat This, Not That! report via Yahoo! Life, another symptom is described as "masked face," a person's expression may appear "serious or even angry."

The chief scientific officer of the Parkinson's Foundation, James Beck, Ph.D. said, "masked face" is experienced even when one does not intend to feel it.

He added, for one who's told he looks serious, mad, or depressed when he's feeling fine, it is important that he ask his doctor about screening for Parkinson's disease.

Other Physical and Psychological Signs

One more common sign one is likely to have the disease is anosmia or loss of sense of smell. More so, difficulty sleeping and anxiety and depression have also been associated with Parkinson's.

Mayo Clinic also cited speech and writing changes as included in the symptoms of the disease. Specifically, the site said, one may speak softly, slur, quickly, or even hesitate before talking.

His speech is said to be, possibly more monotone, instead of having the usual inflections. As for the writing, it may become quite difficult to write, and the writing may appear smaller than usual.

Furthermore, according to the National Health Services, problems with memory might be caused by Parkinson's as well. Some patients with the disease may experience balance problems, making them more vulnerable to falls.

Parkinson's Disease results from a loss of nerve cells in a particular brain part. Such nerve cells are typically used to help the body deliver messages between the nervous system and the brain.

Who are More Likely to Get the Disease?

There are roughly 145,000 people in the United Kingdom who live with Parkinson's disease. It's believed that approximately one in every 500 people is affected by this disease.

Men are a little more likely to develop Parkinson's compared to women. Around one in every 20 individuals with the condition initially experienced symptoms when they were below 40 years old.

The NHS recommends seeing a GP if there are any concerns about having symptoms of the disease. They will ask about the problems experienced and refer the patient to a specialist for further and more extensive tests.

Related information about signs of Parkinson's Disease is shown on TEDx Talks' YouTube video below: