Magnetic Resonance Imaging or MRI is among the most beneficial technologies that assist experts in the wide field of medicine and health. MRI functions at its peak to measure and analyze the anatomy of the patients for detection and solution of a condition. The device is powered by a heavy metal called gadolinium contrast agents. In a recent study conducted by Rice University, this MRI component can be developed into a better version for a more effective scanning function. 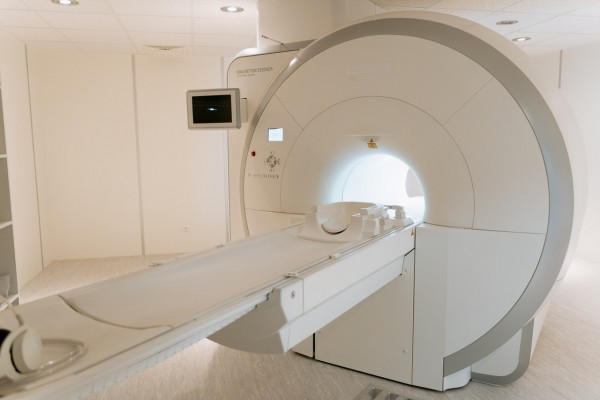 Gadolinium-based contrast agents are essential parts of the MRI. It contributes a large portion to the scanning device's capability to visualize the internal anatomical regions of our body. The study on improving the heavy metals in the MRI was led by Georg R. Brown School of Engineering experts Dilip Asthagiri and Philip Singer. Their approach towards the development of MRIs involved the possibility of utilizing underground deposit technology for molecular dynamic simulations. The selected technology and potentially the one that will work best for the process are nuclear magnetic resonance tools, which are commonly used in the oil industry. The right process was selected after a series of analyses over numerous methods that could make up the dynamic simulations.

Singer said in a PhysOrg report that there are 100 million estimated MRIs currently available worldwide and from the total number of the device, approximately 40 percent of the pieces are confirmed to use gadolinium-based contrast agents. However, the expert said that contrast agents and how it is utilized for internal organ visualization had been the same since its first development in the 1980s. This inspired the experts to push their ideas and come up with a solution that will make the component better compared to the decades that have passed.

The new study presented that specifying selected parameters in the simulation could indeed make the analytic function of gadolinium-based contrast agents better than ever. In addition, this approach could also be an effective imaging method that could be utilized for clinical and laboratory examinations.

MRI scanners are commonly used to detect and chart regions of the body, especially the inner tissues that are not visible outside. Many organs can also be diagnosed through MRI scans, including the heart and the brain. The scanners utilize the magnetic components in hydrogen nuclei and fix them in the supposed magnetic field. The aligned nuclei from the water molecules relax after being excited by a sudden thermal equilibrium change, causing the MRI to detect bright spots. As long as the nuclei relax quicker, the MRI will read brighter contrast.

The gadolinium-based contrast agents then increase the brightness of the spots gathered after the phase by tuning down the relaxation interval of the hydrogen nuclei. Being a heavy metal, gadolinium is typically found to be covered with metal ions to achieve less toxic properties.

Singer mentioned in a Rice News report that gadolinium stays on the target organs for a short time after the scan, and there are no methods for our bodies to naturally remove the effects of MRI from our anatomy. The new design developed will make the MRI scans much safer and will help the brightness attain more contrast. The study was published in the journal Physical Chemistry Chemical Physics, titled "Predicting 1H NMR relaxation in Gd3+-aqua using molecular dynamics simulations."