The University of Illinois at Urbana-Champaign has recently conducted definitive research regarding how water molecules act fluidly. The properties and chemical structure of the water are examined to determine their capacity to form into a new shape, which the experts believe is the key to a new approach that could help chemical reactions utilized in the industry faster than ever. In addition, the secret behind how water molecules flow could potentially contribute to environmental sustainability. This study aims to assist the chemical manufacturing industry in utilizing water as an alternative to catalysts composed of harmful solvents.

Zeolites and the Mystery of Water Fluidity 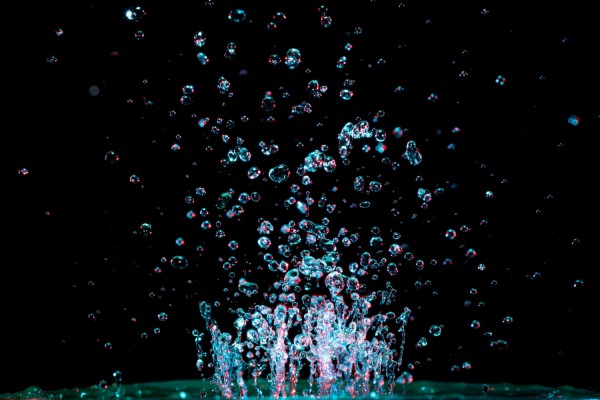 Zeolites hold the first step to develop the new approach the experts are working with. These nanoscale gaps in between microporous crystals serve as a passageway and tunnel for water to come through. The tiny pores of zeolites are significantly narrow, and it only lets a single-file molecule chain when water is filtered through it. The single-file chains found in the water itself are composed of various properties. For example, some of these molecular chains possess thermochemical properties that are much greater compared to regular water. Although each expresses uniqueness, the thermochemical properties in these single-file chains are a bit problematic for many studies involving water's liquidity and structure.

University of Illinois Department of Chemical and Biomolecular Engineering expert David Flaherty was the leader of the water fluidity study. Flaherty is joined by colleagues in the institute and Exploratory Materials and Catalysis Research expert Christopher Nicholas from the petroleum refining enterprise Honeywell UOP.

Zeolites are hydrated minerals that have small holes similar to the appearance of tiny sponges. Zeolites can be used for many chemical processes as a filter and catalyst. In addition, the material can absorb environmental spills, chemical residue and even purify water. According to PhysOrg, the use of zeolites had been a topic for much research and was even utilized in models that could interact with water. However, the true reason behind how zeolites and their pores work as an effective catalyst lacks corresponding details and is still a mystery for scientists.

The study involved using spectroscopic technology to analyze the various possibilities that the water molecules could take form when ion a specified controlled setup. The shape and formation of the water molecules are measured both in the bulk phase and in a confined environment under multiple layers of zeolites. The layers assembled by the experts consist of a series of zeolites that have smaller pore diameters. The progressive nanoscale pores being lessened each time for every layer and are scaled 5,000 to 10,000 smaller than a single human hair strand.

The experiment conducted in two distinct setups lowered chemical reactions in the bulk phase compared to higher rates observed in the smaller water molecules confined in the zeolite pore system. In conclusion, the water's thermodynamic quantity called entropy transitions due to the nanoscale of zeolite pores, allowing molecules to form chains and clusters to have a great benefit for catalysis. The study was published in the journal Nature Catalysis, titled "The shape of water in zeolites and its impact on epoxidation catalysis."