It's a known fact that for autism, the cause, as well as changes to the brain are occurring prior to birth. However, in groundbreaking new research, an intervention in babies exhibiting early signs of autism has been able to lessen clinical diagnosis, specifically by two-thirds.

As indicated in a ScienceAlert report, autism spectrum disorder or ASD describes a comprehensive set of conditions impacting the social, motor skills, and communication of an individual.

Diagnosis is grounded on criteria detailed in the DSM-5 of the American Psychiatric Association, like persistent deficits in social interactions, as well as reciprocating emotions, a lack of interest in friends, repetitive speech or movements, and adverse or extraordinary reactions to stimuli.

According to child psychiatry researcher and one of the study authors, Jonathan Green, from the University of Manchester, such findings are the initial evidence that a pre-emptive intervention during infancy could result in such a substantial enhancement in the social development of children that they then fell underneath the threshold for a clinical diagnosis of autism. 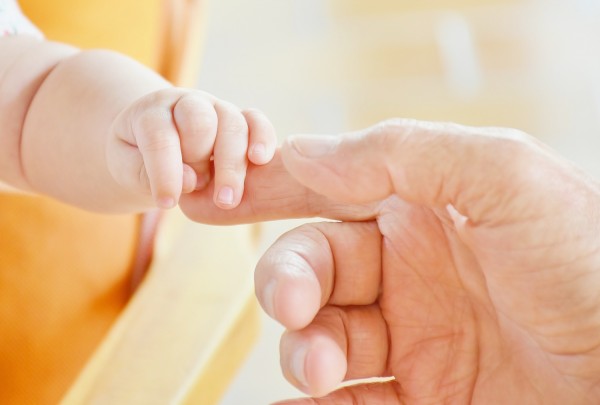 (Photo : Pexels)
In groundbreaking new research, an intervention in babies exhibiting early signs of autism has been able to lessen clinical diagnosis, specifically by two-thirds.

Typically, diagnosis can take place from approximately two years of age, although there are signs too, that can happen much earlier, like avoiding eye contact, and using lesser words compared to their peers.

It is these early symptoms that the study authors are interested in, as making minimal changes early on could result in substantially better developmental results later.

The scientists tracked more than 100 infants who showed early autism signs, whose age is as young as nine months, all the way to three years, in a blinded and randomized experiment.

Out of the babies involved in the study, published in JAMA Pediatrics, 50 were given a treatment called the iBASIS-Video Interaction to Promote Positive Parenting or iBASIS-VIPP, which teaches parents to change the manner they are interacting with their babies for the stimulation of their socio-communicative development, whereas the 53 left, were provided with standard care.

Green also said a lot of therapies for autism have been attempted in the past, to replace developmental variations with more usual behaviors.

On the contrary, iBASIS-VIPP, as explained in the Manchester Academic Health Science Centre, is working with unique differences of every child, and develops a social environment around the child that's helping him learn in a manner that was ideal for him.

This newly discovered approach is what the researchers call a "parent-mediated" treatment. This is not in any manner, intended to be an autism treatment, although an approach aimed at lessening the long-term disability of autism.

The result is a remarkable initial step, although there are essential details in assessing this strategy that should still be ironed out.

First, the kids in this experiment were only followed until they were three years of age, and even though it is a typical cut-off age for clinically diagnosing ASD, as the Centers for Disease Control and Prevention describes, in an individual, it is plausible for symptoms in some of these kids to change, shift and emerge in life in the future.

In addition, undergoing clinical diagnosis is presently an essential step towards accessing options for treatment, and even though the kids who were given such an intervention, do not fit a diagnosis anymore, based on the DSM-5, they might still need more help and support as they develop.

Lastly, in the event that a lot of diagnoses, it is essential to guarantee that work in this area concentrates on the improvement of accessibility and understanding towards those who live with autism, instead of simply eradicating a specific disability or disability.

Related report about early intervention autism in children is shown on UC Davis's YouTube video below: