Author of the book, "Stone Soup for a Sustainable World: Life-Changing Stories of Young Heroes", Marianne Larned and activist Mizti Jonelle Tan revealed the journey they took for climate justice

Larned is the founder of the Stone Soup Leadership Institute where she wrote last June her book entitled, "Stone Soup for a Sustainable World: Life-Changing Stories of Young Heroes."

This book highlighted the modern young heroes of today who keep on fighting for what the climate deserves - positive change.

"Empowering these young people around the world to work together, to improve their lives, their communities and the world is our mission," Larned expressed in one of her interviews in Science Times. 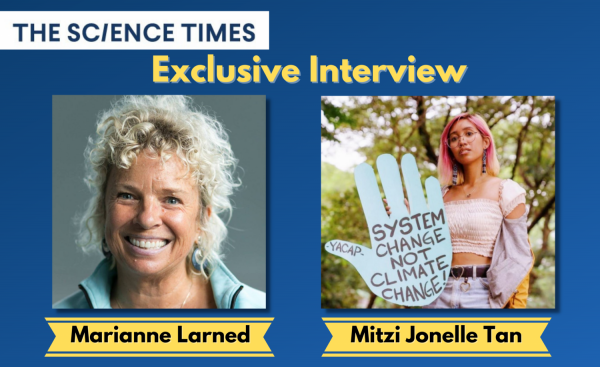 Larned's Book: A Journey of Youth towards Climate Justice

Larned recalled the moment when she was walking on the beach and she found that single stone. She sat beside it, never knowing that it was the beginning of a new journey.

The book discuss the heroic initiatives of the youth leaders to contribute in championing the uncontrollably climate change, starting their movements in their own communities. 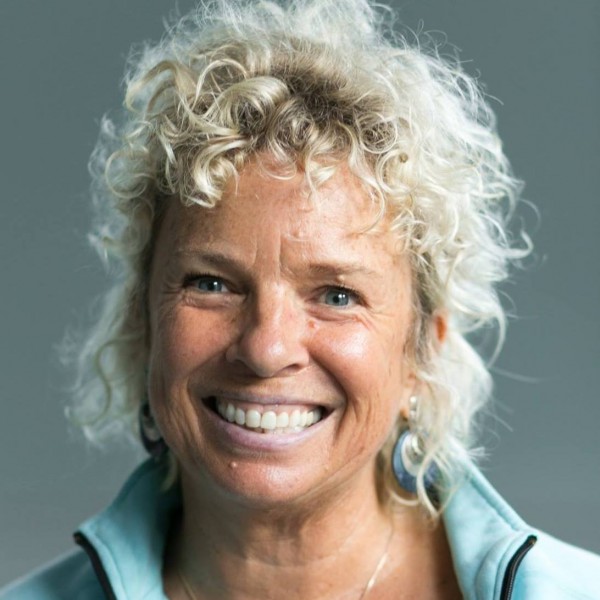 Science Times:  What is the real difference and gap between the old generation and the young generation, when it comes to formulating solutions for us to march towards a more sustainable world?

Marianne Larned: The elders now are very excited, many of them, to welcome the young people. Because they remind them like a mirror. They remind them when they were young. And they had hopes and dreams. And you know, many people already get tired because it has been a long journey. So, I think it all comes down to values. And I think it also comes down to wanting for what's best for your children.

Marianne Larned: It took me 20 years to write this second book, while it took me two years for the first book. Puerto Rico has been a turning point for me as much as in the Philippines. I've worked alongside with 14,15,16 year-olds right after they had peacefully protested the US Navy occupation there for 68 years. Working alongside with them,  I really came to see how climate change was affecting them, and this was in 2003. And I was there when they had 24 inches of rain in 24 hours. You know my home was flooded and they were trying to find the elders, and trying to get help from people. You know they had been dealing with it. That's when we were invited to work in other islands. The island youth are the more susceptible, because they are the ones in the frontlines of climate change. And through the writing of the book, I went to the Philippines three different times, I was living in different islands. So I really came to understand very deep level the facts that we were dealing with. That people who didn't come in an island, didn't have an appreciation for. 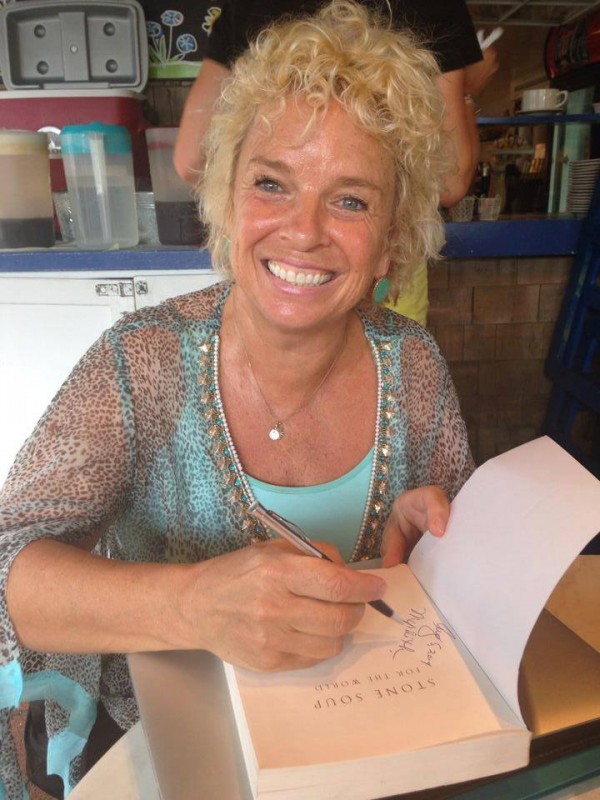 Science Times:  Where do you see these young heroes for the next five to ten years from now?

Marianne Larned : We've been working with young people specifically, exclusively, high school and college youth since 2003. And many of our young people are now leaders in their communities - lawyers, doctors, business people. So working with the young people now in the book, we've created several different opportunities. Young people like Mitzi, they need money to survive, being a spokesperson doesn't pay the bills. So we're very committed over the next five years  to do whatever we can to engage people to support these young people. And we have regular conference calls - motivational, inspirational, brainstorming. So education is the key, so we're trying to breakdown every story so that we can have really actionable ways that young people can be engaged and be inspired. Because we really want to inspire the young people to get jobs in rebuilding the planet, because currently, our guidance counselors aren't really directing the young people to those kinds of  blue and green jobs. And if they knew that they can make money, not just being an organizer or spokesperson but having a job to save the planet. I think a lot of people, most young people, would sign up. So we're gonna be busy.

Some stories in the book talked about a 15-year-old Egyptian who utilized existing catalysts for the breaking down of plastic wastes. There was also a story of a young hero from New York who led a youth network to increase the participation of the youth in making decisions.These were just few of the notable stories of youths to seek solutions in battling climate change.

Another young hero that has been featured was Mitzi Jonelle Tan, an activist and one of the founders of an organization seeking for change towards how we deal with climate change.

"My friends and I put up YACAP when we saw that there is a need for an organization that rallies for climate justice in the Philippines," Mitzi shared as she highlighted the indigenous people in her country, as one of the main components that they focus on.

Tan pinpointed the urgency to help the indigenous peoples as they were being harassed and militarized, just because they are protecting their ancestral land. She also shared that the answers are already in front of us, we just neglect them.

"Actually, we already have solutions that were proven scientifically, to not just help these indigenous peoples, but also to rally towards climate change," Tan said.

When asked about Larned and Tan's advice to people regarding the march towards climate justice, each agreed that we could change the world, only if collective efforts would foster more than individual ones. 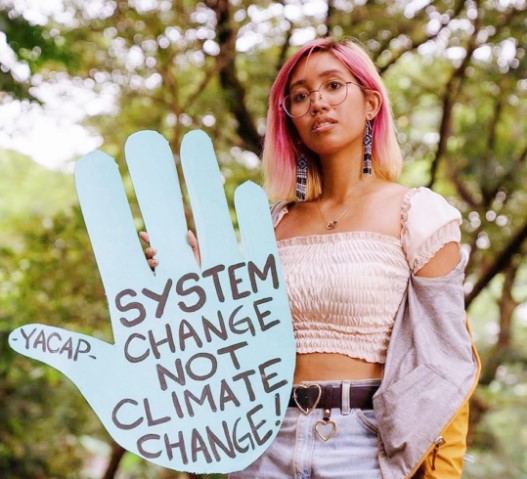 Science Times: When do you see YACAP for the next years to come, given the fact that we are still in the middle of a pandemic?

Mitzi Jonelle Tan:  It is through connecting with more people; old and young. Continuing this fight no matter what the barriers and challenges are. We don't see this COVID pandemic as separate from climate justice fight. If you look at it, why did the pandemic started is because of urbanization and pushing into the forest, that is why we encountered the disease from the bats. The reason this pandemic is happening is because the system that is prioritizing profit over the planet. So the next step for YACAP is to keep on fighting no matter what in whatever way that is safest for us, to keep listening to science, and keep listening to the people.

Science Times: During this kind of journey, what was the biggest challenge that you have faced while marching for climate justice, and how did you overcome it?

Mitzi Jonelle Tan: In terms of challenges, I would say that there are two sides to it. So one side is that climate awareness is not something that's popular. There is almost no climate awareness in our country (Philippines), despite being so impacted by the climate crisis because education is so separated from the people. And if you even have the privilege of having quality education, like I did, the way that I learned about climate change. In the past 20 years, the Philippines has the most exposed weather events. So I was born into the climate crisis. Others see it as normal, but it should not be. And that's the way we are trying to change while talking about climate change. Changing that narrative that these typhoons are active Gods that leaders can't do something about. You know, there are people behind this climate justice and these people have addresses, they have names. And it's so important that we talk about that. And then the other side of it, is how activism is dangerous in the Philippines. Especially with the latest anti-terror law of 2020, and the Philippines already being such a  dangerous country for environmental defenders and activists where even calling for system change, is an active terrorism. I have been called a terrorist at some times, and I look myself at the mirror and like "Is this how a terrorist look like?" There's so many instances were, because the government knows that revolutionary movement in the Philippines is so alive and kicking. They were so threatened by it so they will get every chances they have to silence us. Because they know that their power is being threatened, and so as a climate activist, we're being threatened for that too. 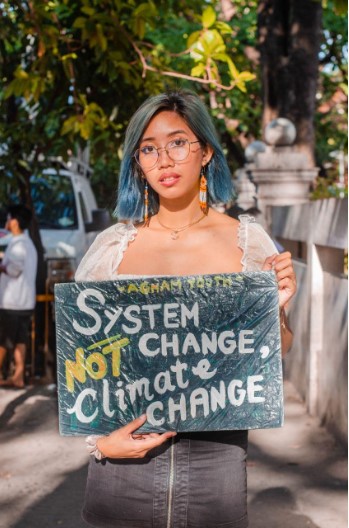 Science Times: Which is the best scientific facts on climate change that you wanted share to our audience?

Mitzi Jonelle Tan: It's a bit hard to choose because there are so much climate science, and it can also really get overwhelming. But some of the few things were, first, that climate isn't natural. It seems so basic but it is not an active God that so many of media is saying it is. Second, the most vulnerable country is also the least responsible. For example the Philippines, where the fourth vulnerable country in the world to decline climate crisis, but only contribute less than 0.37% of carbon dioxide emissions. The countries that are most responsible are countries like the USA who are historically responsible, have had the most carbon dioxide emissions, and global north countries and industrialized countries. Lastly, is that we already have the solution. And this is such an important scientific fact that people need to talk about, because they will think that these climate solutions are opinions but they're not. They've been proven by the intergovernmental panel on climate change. They'd talked about how there's a need for systemic change to our energy system, and to classically face-out from the fossil fuel industry and have drastic emission cuts, and climate reparations  to global south countries in order for us to adapt and to industrialized with sustainability in mind and as a goal.