Next year, NASA will launch a spaceship to the metal-rich asteroid Psyche using a futuristic propulsion technology that generates a "cool blue glow."

NASA's Jet Propulsion Laboratory in Pasadena, California, develops the spacecraft to investigate the strange rock. Some scientists might be the core of a long-destroyed planet from early in the solar system's history.

The spacecraft, also known as Psyche, will launch in August 2022 and travel 1.5 billion miles in 3.5 years to reach the space rock, arriving in 2026.

The four thrusters will employ electromagnetic fields to accelerate and eject charged xenon atoms, which will create thrust and a blue beam as they are released.

CNet said Psyche is estimated to have enough metal that the iron alone is worth $10,000 quadrillion if brought back to Earth.

NASA's technique, which has never been utilized in a spaceship that has traveled beyond the moon, generates a very gentle push.

This is roughly the same pressure as holding three 10p coins, yet it is plenty to propel Psyche into deep space despite the low pressure.

Spacecraft to Travel at a Stunning Speed

Due to the lack of atmospheric drag, Phys.org said the spacecraft will ultimately accelerate to speeds of up to 200,000 miles per hour, assisting it in reaching Psyche.

To blast off the launchpad and escape Earth's gravity, the spaceship will rely on the chemical rocket engines of the SpaceX Falcon Heavy launch vehicle. 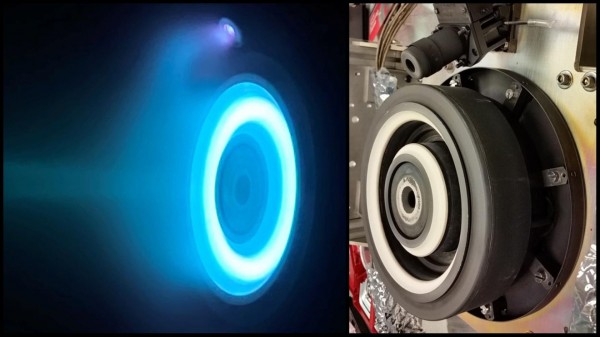 Once Psyche breaks from the launch vehicle, the rest of the voyage will be powered by solar energy.

Large solar arrays turn sunlight into energy and provide the power source for the spacecraft's thrusters in this type of propulsion.

NASA said the propulsion system, known as Hall Thrusters, is so efficient that it could work uninterrupted for years without running out of fuel.

Psyche's tanks will hold 2,030 pounds (922 kilograms) of xenon during the voyage.

NASA engineers believe that if the mission had to use standard chemical thrusters, it would burn up approximately five times the quantity of propellant, noting that they planned it using Hall Thrusters from the start.

Slow And Steady Winning the Race?

Lindy Elkins-Tanton, the project's chief investigator from Arizona State University in Phoenix, said the team talked about solar electric propulsion since the mission was initially designed in 2012.

Elkins-Tanton stated that the Psyche mission would not have been possible without the solar electric propulsions. She went on to say that the propulsion has become a part of the mission's personality.

"It takes a specialized team to calculate trajectories and orbits using solar electric propulsion," Elkins-Tanton said in a NASA statement.

Psyche will launch from NASA's Kennedy Space Center in Florida's historic Pad 39A. It will fly past Mars for the first time in May 2023 for a gravity assist.

The thrusters will do the delicate task of putting the spacecraft into orbit around an asteroid Psyche in early 2026, employing a 'bit of dance' to return the spacecraft to its destination.

RELATED ARTICLE: NASA's DART Spacecraft That Will Save Earth From Giant Celestial Bodies Nears Completion; Will It Messily Smash Asteroids?