Diamonds are among the most valuable rocks that are currently available in jewelry and industrial fields. There are multiple uses of the hardest material, and its functions served well throughout the history of various aspects. In a new study, diamond structures are once again found to be beneficial in their tiniest form. The nanodiamonds, or NDs, are an effective solution to one of the overlooked problems in our daily lives, which is oral health. 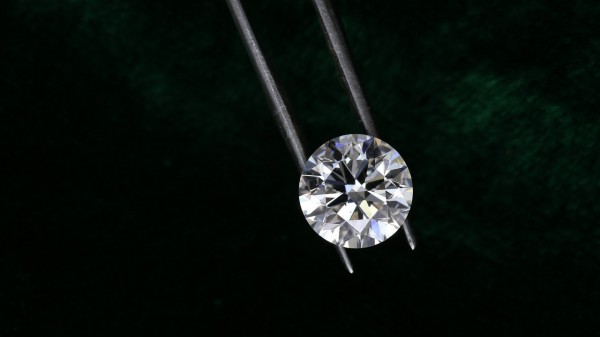 Oral conditions including dental decay, gum infection, and mouth fungal are among the common problems in the oral field in any part of the world. Because of the oral diseases, most of the contributions in a healthcare plan of many working groups are flushed down on oral expenses, with the collective sum scaling to staggering millions of dollars. With the treatments and follow-up sessions, there is still no definitive method available to prevent the impending corrosion of our teeth and the decay of our mouth structure.

University of Hong Kong's Faculty of Engineering and the Faculty of Dentistry has developed a solution that could solve the unending mouth problems we have in the modern-day. The novel approach experts used was high-pressure temperature nanodiamonds, and it was found effective to have a great impact on the pathogenic biofilms found in the oral regions.

The nanodiamonds are examined and found to be an effective agent that could get rid of the cellular bodies or biofilms on the teeth and the cells that free-floats called the planktonic fungi. The analysis was assisted by the Department of Electrical and Electronic Engineering and Clinical experts Chu Zhiqin and Prasanna Neelakantan.

The nanodiamonds, based on the study, are found to have an ability to diffuse biofilm formation and disrupt its link with the preformed biofilms. Among the vital oral diseases that humans experience are dental caries. According to AZoNano, over 48 percent of the global population, or about 3 billion people, suffer from dental caries. The specified oral problem is believed to be induced by a bacteria that utilizes acid to form biofilms on the teeth' surface.

A Gram-positive bacteria called the Streptococcus mutans to form the unwanted biofilms in our mouth that lead to oral disease. In addition, a Gram-negative bacteria called Porphyromonas gingivalis also contributes to the overall mouth damages. It causes 11.2 percent of the sixth most widespread mouth condition found around the globe, which is a gum problem known as periodontal disease. The study was published in the journal Biomaterials Science, titled "Biofilm inhibition in oral pathogens by nanodiamonds."