On Sunday, September 19, a volcanic eruption occurred on the small Spanish island located in the Atlantic Ocean called La Palma. The eruption caused lava to shoot in the air and flows through the rivers towards houses in two villages on the island.

Authorities have issued mandatory evacuations and have already evacuated thousands of people and warned for more dangers to come. The last major volcanic eruption in the Cumbre Vieja volcano chain was decades ago in 1971. 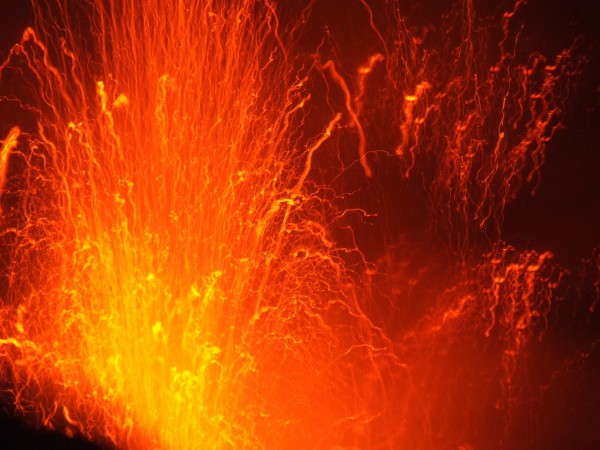 Why Did the Volcano Erupt?

Associated Press reported that one of eight volcanic islands in Spain's Canary Islands archipelago erupted last Sunday, the second time it erupted in over 50 years. Three days before the volcano erupted, scientists observed molten rock has been pushed out of the ridge.

Scientists have detected a 4.2-magnitude earthquake before the eruption, after detecting 20,000 small earthquakes in the past few weeks. Rivers of molten lava of up to 20 feet high are flowing downhill toward the ocean, while huge black plumes of black-and-white smoke are emitted from the Cumbre Vieja volcanic ridge where scientists have been monitoring thousands of earthquakes.

How Big are the Damages?

According to Reuters, authorities have started evacuating the infirm and some farm animals in villages near the volcanic eruption at 3:15 PM on a wooded slope in Cabeza de Vaca area. At around 5 PM, the lava has already started flowing down the hillside from five fissures torn into the hillside of four villages where the municipality has ordered an evacuation. This includes the villages of El Paso and Los Llanos de Aridane.

In a press conference on Sunday night, Canary Islands President Angel Victor Torres said that over 5,000 people had been evacuated with no injuries reported so far. Authorities estimated 190 houses were damaged from the eruption.

Moreover, a stream of hundreds of meters long and tens of meters wide of lava has flowed into a road and started engulfing into flames the scattered houses in El Paso. Molten rock has damaged farmlands, crops, irrigation networks, and contaminated groundwater.

Meanwhile, video footage showed fountains of lava shooting hundreds of meters up into the sky at night. It can be seen that there are at least three incandescent orange rivers of lava flowing down the hill and burning the woods and farmland as it spreads and reaches the lower ground. It is now flowing to the nearest coast and Atlantic Ocean, which will cause more damage if it reaches the water.

Dangers in the Coming Days and Weeks

Authorities have warned residents that more dangers may lie ahead like earthquakes, explosions, and toxic gases as the lava meets the ocean. They have already closed off an area of about two nautical miles to prevent onlookers from being harmed.

MSN also reported that earthquakes have continued on La Palma, and a new fissure opened on Monday and began spewing more lava when a 3.8-magnitude earthquake happened. The more lava vents and cracks there are, the more residents are put into danger.

The Volcanology Institute said that since the volcanic eruption, the volcano has been producing 8,000 to 10,500 tons of sulfur dioxide. This toxic gas is smelly and can irritate the eyes, skin, nose, and throat. In addition, sulfur dioxide can also cause acid rain and pollution.

Furthermore, the volcano has produced volcanic ash that causes respiratory problems. Residents are advised to watch out for falling ash and stay indoors, close their doors, and windows to prevent the ash from coming in.

Check out more news and information on Volcanic Eruption in Science Times.