It is estimated that petrol's renewable proportion will increase from 5% to 20% in 2030, which means discovering new pathways in generating renewable biofuel additives could help achieve the zero carbon emission targets.

In a new study, titled "Nuclear-Driven Production of Renewable Fuel Additives From Waste Organics" published in Nature's Communications Chemistry, engineers from Lancaster University propose a process that uses radiation from biochemical and nuclear industries to produce renewable biofuel additives that will be later on used in modern petroleum blends. 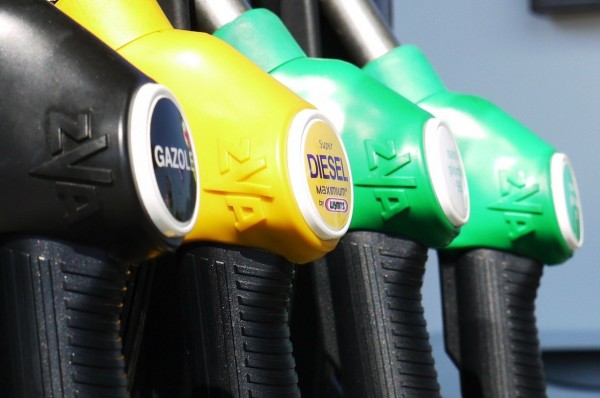 Radiation from Nuclear Waste Can Be Used to Produce Biofuel Additives

Nuclear power plants could be costly, and manufacturing biodiesel produces waste glycerol, with very few secondary uses. But it can be used in the new method engineers propose as researchers aim to look for reliable and low-carbon energy produced by nuclear fuel and biofuel.

Moreover, engineers found that leftover energy from nuclear fuel could generate radiation-induced catalyst that facilitates a reaction caused by biofuel additives solketal and acetol. That means the expensive and energy-intensive steps of producing biofuel additives, like high temperatures, changes in pH, high pressure, and additional catalytic reagents are no longer required.

Solketal is one of the renewable biofuel additives that is used in modern petroleum blends. It has been widely used in recent years because it increases fuel octane numbers and reduces gum formation. As a result, it prevents irregular fuel combustion and efficiency losses but also lowers carbon emissions. Meanwhile, acetol is used in producing other chemicals like propylene glycol and furan or is sometimes also used in dyeing textile.

Researchers have estimated that their proposed method could generate about 104 tons per year of solketal by nuclear production, given the scalability of the process to existing nuclear power plants across Europe.

More so, they believe that solketal produced from radiation generated from nuclear waste could contribute to the growing renewable proportion of commercial petrol in a bid towards net-zero carbon emissions.

According to an article in Forbes, nuclear power is considered a sustainable energy source today. But it is expected to become a renewable energy source in the future if the source of uranium changes from mined ore to seawater since it is continuously replenished via geological processes.

In that sense, nuclear power could become endless as other renewable energy sources like solar power. As TechXplore reported, the new way engineers from Lancaster University could pave the way to use nuclear waste as a resource in producing valuable chemicals and biofuels.

Professor of Nuclear Engineering Malcolm Joyce said that co-generation with nuclear energy had been an important area that scientists have been looking into these days. Scientific American reported that co-generation is the simultaneous production of two forms of energy from one fuel source.

Check out more news and information on Biodiesel in Science Times.