A new study is being developed to contribute an additional solution to protecting humans from the threat of poison ivy. The treatment is formulated in the form of a vaccine and is expected to help the immune response to be resilient against the poison's effects. 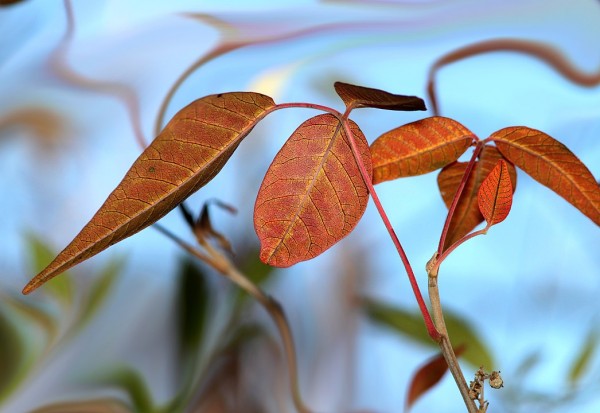 The University of Mississippi and Hapten Sciences collaborated to develop a poison ivy vaccine through the compound known as the PDC-APB. The treatment formulated in the study is said to be effective if injected into patients every one or two years. In this way, the vaccine will help the humans constantly exposed to poison ivy and patients who suffer from the plant be immune to its corresponding effects.

Hapten Sciences expert and CEO Ray Hage said in a Scientific American report that their team is certain of the potential of the vaccines to desensitize, reduce, and get rid of a patient's reactions toward poison ivy, as well as oak and sumac. The CEO also expressed their enthusiasm, as the project gained the attention of many individuals who wanted to participate in the examinations of the poison plant vaccine.

Hage and their colleagues have already licensed their developed compound for poison ivy treatment. According to the New York Post, the said compound successfully passed the initial examination over its capacity and efficacy with human subjects. The next phase of the project is for the comprehensive study to be evaluated in a clinical trial. Among the supporting research included in the poison ivy's progress are new findings regarding the detailed information of the rashes incurred when exposed to the oil originating from the plant's sap.

Poisonous Plants in the United States

The American Skin Association shows that each year, an estimate of 50 million North Americans suffers from poison ivy's effects and the impact from the plants' cousin called poison oak and poison sumac. 85 percent of the collective population affected by the poisonous plants are recorded to be allergic, while 10 to 15 percent are said to be extremely allergic.

The three poisonous plants are commonly found in all parts of the United States, except in Hawaii, Alaska, and Nevada. The plants are also known to have similar structures, as they contain an odd number of leaves and can appear in the form of vines or shrubs. The basic condition the plants can inflict on an affected person is allergic contact dermatitis. This reaction is brought by irritants from the sap of the poison ivy called urushiol. The irritant oil compound could be transported naturally via animals, tools, and other objects that came in contact with it.

Urushiol can cause redness, blisters, and even swelling of the skin. In addition, severe itching and rash could manifest and stay for two weeks. It can heal for the same amount of time, provided that the infection would not be in contact with other foreign bacterias.

The Centers for Disease Control and Prevention said that anyone could be prone to the threat of poison ivy as long as they are outdoors, but there are preventive methods that the agency enumerated to get rid of the poisons and treat a patient affected with the plant's effects. The study is published in the US National Library of Medicine, titled "A Safety, Tolerability, and Dermal Reactogenicity Study of PDC-APB."