SpaceX's first all-civilian crew returned to Earth after three days in orbit, splashing down off the Florida coast to bring the historic mission to a close.

Scientific American said the Inspiration4 mission, a private spacecraft that sent four civilians into orbit last week, came to a conclusion on September 18 at 7:06 pm EDT when the SpaceX Crew Dragon Resilience landed softly in the Atlantic Ocean off the shore of Cape Canaveral, Florida.

St. Jude Children's Research Hospital was the beneficiary of the flight, which was part of a huge fundraising drive. Jared Isaacman, a millionaire and founder of Shift4 Payments, purchased the flight from SpaceX to raise $200 million for children's cancer research.

Inspiration4 Mission Pilot Dr. Sian Proctor shared one of the most stunning Inspiration4 Mission updates on Twitter. The civilian crew opened the SpaceX cupola for the first time before landing on the planet. The film provided a breathtaking picture of the Earth.

The Mission Commander's report was followed by Jared Isaacman's clip of the planet's view from the Crew Dargon dome, which he shared on Twitter.

The moment when me and my amazing crew, @rookisaacman, @ArceneauxHayley, @ChrisSembroski opened up the @SpaceX cupola for the first time, a true highlight of the @inspiration4x mission. Make sure you tune into Countdown on @netflix to see more epic moments from space! @TIME pic.twitter.com/AKmturr9Du

ALSO READ: SpaceX Inspiration4 Crew Completed Over 15 Orbits Around Earth, Shows Off Stunning View of the Planet From Cupola

As the all-civilian spacecraft finished their in-flight missions, seeking to collect cash for the St. Jude Children's Research Hospital, which is the major purpose of the human space mission, the breathtaking view of the earth from orbit was only one of many shared space spectacles.

As they went about their on-orbit missions inside the SpaceX Crew Dragon Resilience, which launched atop the Falcon 9 launch vehicle on September 16, 2021, at 8:02 pm EDT, the crew's Inspiration4 Mission updates, which included selfies and a fish-eye view of the planet from the cupola, piqued the interest of many.

Amazing views from Crew Dragon Resilience’s cupola. @ArceneauxHayley, @DrSianProctor, @ChrisSembroski & I were so fortunate to have this perspective and we will do all we can to share the experience with the 🌎. The @inspiration4x mission to inspire and support @StJude continues pic.twitter.com/jiZK8hsBJo

The capsule launched from the Kennedy Space Center into low Earth orbit, where it began its in-flight missions, which finished with a splashdown in the Atlantic on September 18, 2021, at 7:06 pm EDT. 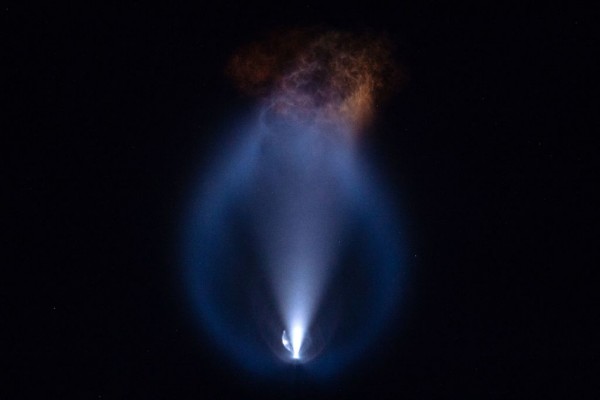 (Photo: CHANDAN KHANNA/AFP via Getty Images)
The SpaceX Falcon 9 rocket carrying the Inspiration4 crew launches from Pad 39A at NASA's Kennedy Space Center in Cape Canaveral, Florida, on September 15, 2021. - The Inspiration4 mission, the first to send an all-civilian crew to orbit, will venture deeper into space than the International Space Station.

The three-day mission of the Inspiration4 Mission was filled with amazement, as the civilian crew is left in awe every time they view the wonders of space. Meanwhile, SpaceX kept everyone informed and excited by sharing Inspiration4 Mission updates on YouTube and Twitter, including the launch, in-flight updates, and splashdown.

The Q&A with St. Jude Children's Research Hospital patients was one of the most touching moments of the Inspiration4 Mission. The crew arrived with an adorable floating space puppy, similar to those accompanying and cheering up hospitalized kids, even throughout lab procedures. You may also purchase the space puppy, with all proceeds benefiting St. Jude.

SpaceX's attempts to launch an all-civilian crew spaceflight via the Inspiration4 Mission are not just for a good cause but also to open up the prospect of space tourism and lower the cost of spaceflight, making it more accessible to everyone.