New York University Langone Health recently conducted a study that defined the potential point when humans lost their tails. The study was based on Charles Darwin's evolution theory, which states that the human lineage most probably originated from apes. The anatomical changes, which baffled many scientists since the 19th century based on the findings, were caused by a genetic mutation that occurred 25 million years ago.

Did Humans Have Tails? 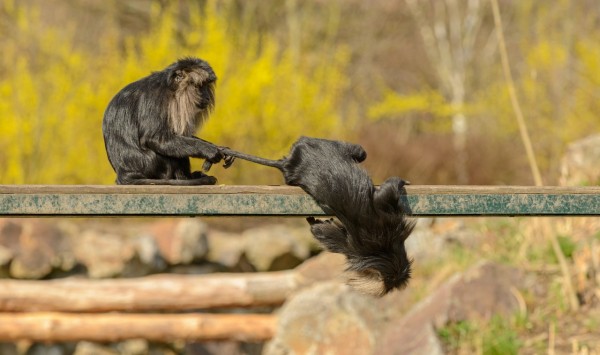 The tails were present in the human ancestor's anatomy for half a billion years. According to Business Standard, the tails are most commonly used by fish the existed in the Cambrian period's oceanic bodies and were later adopted by the primates to keep their balance as they move from one place to another through massive tree branches in the jungles of the Eocene epoch.

In previous paleontological studies, it was discovered that the primates that existed 66 million years ago had their body structures complete with tails. These tails are beneficial for their movement and locomotion, music like what we see in the modern-day apes. But even though the ape families we see in today's wildlife and conservations have a full-fledged tail attached to their bodies, there were recent records that showed fossils f apes who did not have tails at all. These fossils are examined and were dated about 20 million years ago.

The sudden disappearance of the tails and their absence in modern human anatomy was analyzed with the help of biology scientists that had an interest in the evolutionary mystery. New York University's Grossman School of Medicine stem cell biology expert and lead author of the study Bo Xia was inspired by the intriguing puzzle of the human tails. Xia had a car accident back in 2019, inflicting injuries to his coccyx. This part was theorized by scientists as a vestigial remain of another anatomical region which is a tail. With this experience, the expert was fueled to lead his own research on the potential absence of human tails along with other colleagues and collaborators.

The examination conducted an analysis of the tail, specifically on how it develops in the first few phases under the embryo stage. The team found out that the simple growing of a tail is composed of 30 various genes that influence its growth.

Among the collection of genes during embryonic development, the researchers found one that has a greater influence on the mutation of humans and tailless apes. The gene is called TBTX, which manifested in early species 20 million years ago. The specified gene is the cause of stumped tails or even no development at all in the early apes.

The discovery of the genes that removed the tails in the human ancestors pushed more questions in the scientific community, as the reason why it manifested in the ancient gene pool remains unsolved. The strongest theory that scientists believe involves the massive sizes of the prehistoric primates, which led the species to disregard the use of their tails and eventually lose it. The study was published in the journal bioRxiv, titled "The genetic basis of tail-loss evolution in humans and apes."