Micro-Robotic Swimmers Inspired by Bacteria, Sperm Cells Could One Day Be Used For Targeted Drug Delivery

Engineers are finding inspiration from nature to build new technologies that could help people. Some find inspiration in the mechanics of bird flight and the intricate architecture of bee nests, Now, scientists from Cornell University led by Professor Mingming Wu are taking inspiration from smaller organisms.

According to Phys.org, the team created cell-size robots that can be powered by ultrasound waves to move. These micro-robotic swimmers are inspired by the movements of bacteria and sperm, which could be used as a new tool for targeted drug delivery. 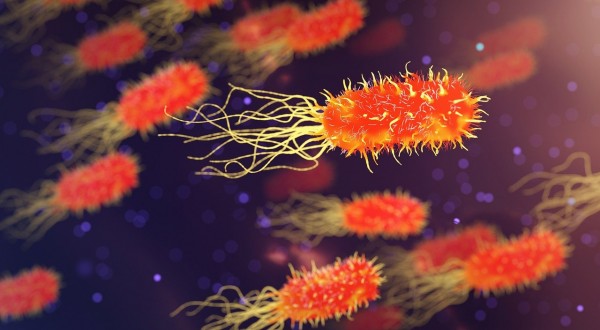 Wu's lab had been studying the ways microorganisms, such as bacteria and sperm, move, communicate in their environment. Their main goal is to develop micro-robotic swimmers that can navigate inside the body.

Wu said that they were inspired by how microorganisms are doing much better than humans after undergoing billions of years of evolution. Among their notable attributes are their ability to swim 10 times faster than their body's length in one second, while sperm cells can swim against the flow.

They designed and 3D-printed the micro-robots that mimicked how bacteria would use their flagellum to propel themselves. These can help send medicine to specific areas in the body, like cancer cells, without harming the healthy cells and cause side effects.

In their paper, titled "Biologically Inspired Micro-Robotic Swimmers Remotely Controlled by Ultrasound Waves" published in the Royal Society of Chemistry's Lab on a Chip, researchers reported that they used ultrasound waves to remotely power them.

Wu said that sperm and bacteria consume organic material in their surroundings to move, but for these engineered micro-robots it is challenging to make them move because a battery would be too heavy for them to carry.

According to Nano magazine, the team thought of using high-frequency sound waves because ultrasound is quiet and easily used in an experimental laboratory setting. More so, the US Food and Drug Administration has deemed it safe for clinical studies.

Former postdoctoral researcher Tao Luo collaborated with the Cornell NanoScale Science and Technology Facility (CNF) to create a triangular micro-robotic swimmer that resembles a cross of an insect and rocket ship. It has a pair of cavities etched in its back where a tiny bubble of air is trapped when submerged in a solution.

Using the ultrasound transducer, the air bubble oscillates and generates vortices or a streaming flow that pushes the micro-robotic swimmer forward. The team from Cornell is the first to demonstrate a micro-robotic swimmer that uses two bubbles, unlike previous swimmers that only use one.

The researchers can trigger either of the two air bubbles by varying the resonance frequency of the sound waves, Technology Networks reported. That way they can control which direction the micro-robotic swimmers will move.

Now that they found a way to make it move, the next challenge is to make them biocompatible for them to navigate among blood cells. Researchers also said that future micro-robotic swimmers should be made with biodegradable materials so they can be dispatched at once, much like how many sperms are released for fertilization to be successful. So if one failed during its journey, that will not be a problem.