A 25-year-old man from Georgia was recently reported to have undergone a double lung transplant after falling ill with COVID-19 earlier this year.

The patient, Blake Bargatze, who, according to an Insider report, “had no underlying health issues,” was admitted to the Intensive Care Unit in April after he fell severely ill from the coronavirus. Following the double lung transplant, Bargatze described his lungs as looking like “chewed up pieces of bubblegum.”

While in the ICU, his condition got worse, and the doctors said he needed a new set of lungs to survive. Then in June, the man underwent a double lung transplant. In this report, he said he was shocked at how rapidly COVID-19 attacked his body.

The virus, he elaborated, ate away his lungs. As earlier mentioned, he described his organs as literally looking up liked chewed up pieces of gum by the time they were taken out. 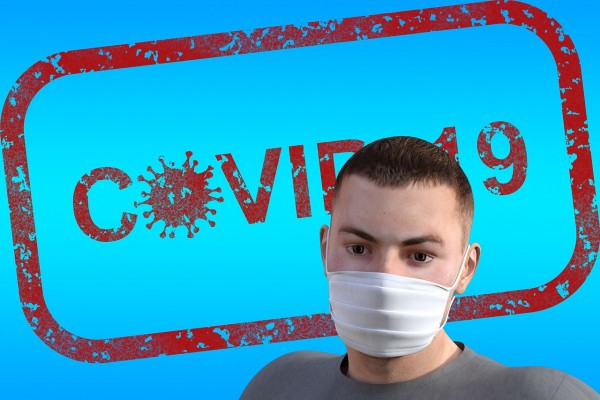 (Photo: Pete Linforth on Pixabay)
The 25-year-old man who underwent a double lung transplant caused by COVID-19 said he believes he got infected at a concert in Florida in March, which he admitted he’s now regretting to have attended.

Bargatze said his lungs were riddled with holes, adding, he was just fortunate enough not to experience “multiple organ failures.”

He is one of the few people who have successfully undergone a double lung transplant as an outcome of COVID-19, which has killed more than 700,000 Americans, according to the latest Worldometer report.

This Georgia man said he believes he got infected at a concert in Florida in March, which he admitted he’s now regretting to have attended. Even though he was wearing a mask, Bargatze said, he hadn’t had his vaccine yet at that time, Yahoo! News specified in a similar report.

The patient didn’t get vaccinated at that time yet because, his mother said, he was not eligible for vaccination and because his son wanted to wait too. Initially, the man was apprehensive about the possible adverse effects, as well.

Initially Reluctant to Get Vaccinated

In the Insider report, the mother said at; first, her son wanted to wait until the vaccine was out like ten years or so, like a great portion of the populace wants it to be out longer. But now, this man has been urging others to get vaccinated.

Now, he is trying to bring more awareness to people of what can take place realistically with this virus. It is just not worth the risk; he pointed out.

Bargatze said, too, many people are remaining “reckless” even as the highly contagious COVID-19 Delta variant continues to cause an increase in hospital admissions, particularly among the unvaccinated people.

Effects of COVID-19 on Lungs

According to a John Hopkins Medicine report, COVID-19 can result in lasting lung impairment like other respiratory diseases. As experts continue examining the disease, they get more insights into how it impacts the lungs, both during and after acute illness.

He said COVID-19 could cause complications in the lungs like pneumonia, and in worse cases, acute respiratory distress syndrome or ARDS.

Meanwhile, sepsis, another coronavirus complication, can cause lasting damage to the lungs and other organs.

Commenting on the said complications, Galiastos said that as they have learned more about SARS-CoV-2 and resulting COVID-19, they have found that a substantial pro-inflammatory condition can lead to critical diseases in severe cases, syndromes, and complications.

Related information about lung transplant as a result of COVID-19 is shown on CBS Mornings’ YouTube video below: