The University of Colorado Boulder has developed and built a cereal box-sized satellite that will be launched into orbit next week to investigate distant worlds called exoplanets.

The Colorado Ultraviolet Transit Experiment (CUTE) is a $4 million spacecraft that will launch on Monday from Vandenberg Space Force Base in Lompoc, California, on a United Launch Alliance Atlas V rocket.

According to CU Boulder Laboratory for Atmospheric and Space Physics (LASP) researcher Kevin France, the CUTE is a smaller-than-usual satellite known as a "CubeSat." It is roughly the size of a "family-sized box of Cheerios." 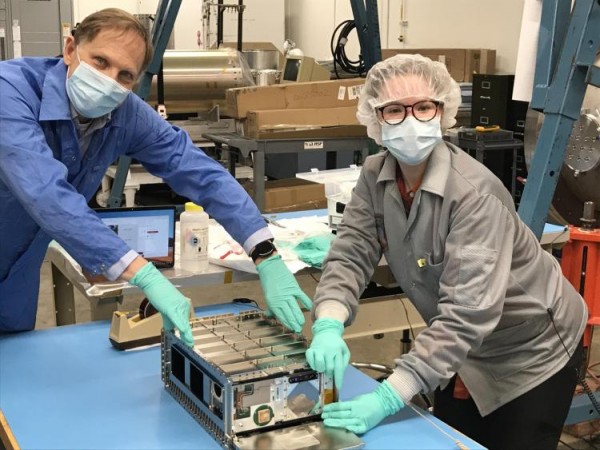 The CubeSat mission is NASA's first sponsored CubeSat project. According to a press statement from the university, the goal is to follow the volatile physics of a class of extremely hot planets circling stars light-years from Earth.

France said the satellite is an experiment NASA is doing to explore how much science can be done with a tiny satellite, the mission's primary scientist.

After entering Earth's orbit, the spacecraft will go for a group of exoplanets known as "hot Jupiters," which are massive, gaseous planets with temperatures in the thousands of degrees Fahrenheit.

France said planets like KELT-9b, which is 670 light-years from Earth, are considerably larger than Jupiter yet rotate closer to their host star. These temperatures exceed 7,800 degrees Fahrenheit and receiving a significant quantity of radiation.

CUTE's beacon in Earth's orbit will be tracked for and monitored by a ground station at CU's Laboratory for Atmospheric and Space Physics, KDVR said. It will then collect data from additional solar systems for roughly two and a half years if effective. Scientists can learn a lot about our solar system from this research.

Meanwhile, Australia made history last month when the first locally-built satellite was launched into orbit. Science Times was able to cover this significant event.

ABC News said the Binar-1 satellite was launched into orbit from NASA's Kennedy Space Center in Florida on a SpaceX Dragon spacecraft. It is the first time a satellite built in Washington has been launched into orbit. The device's director, Phil Bland of Curtin University's Space Science Technology Centre, believes it won't be the last.

Over the next two years, the Binar team hopes to launch at least seven tiny spacecraft to demonstrate that its technology works. If it happens, it will have a significant impact on Western Australians' ability to acquire space.

The spacecraft will linger in orbit for roughly 18 months, taking images of WA and the stars with two cameras. Binar-1 differs from previous satellites. Its primary operations are controlled by a single circuit board designed by the team and housed in a 10-centimeter-long cube on each side.

As a result of the shift, each satellite is now easier to manufacture, and the most important expense is now the six-figure price to send it into orbit. The technology's potential applications, according to Bland, include monitoring bushfire conditions and determining when crops are ready to harvest.

RELATED ARTICLE: Small Cube-Shaped Satellite Built From Scratch Soon to Be On Board ISS to Test Efficacy of Technology in Space