The Space Weather Prediction Center or SWPC recently upgraded its advanced Geomagnetic Storm Watch Technology to read climate status in any part of the globe. The center is under the management of the US Department of Commerce, the National Weather Service, and the National Oceanic and Atmospheric Administration, or NOAA. The center read a G1 storm last Sunday, with a following G2 storm on Monday. The center is also being assisted with a system that could read the Planetary K-index that indicates disturbances in the planet's magnetic field. Experts predict that should the event materialize, Aurora Borealis or the Northern Lights would appear farther south than it normally would.

What are Geomagnetic Storms? 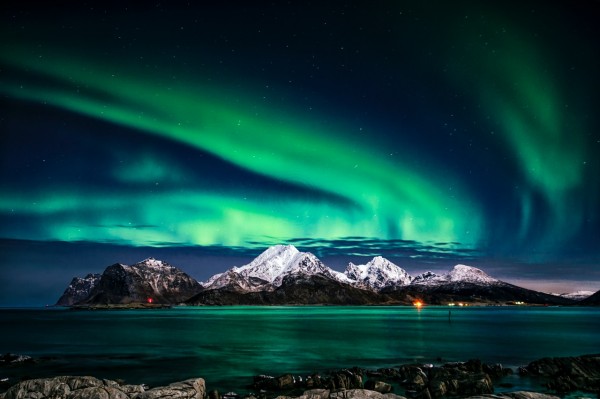 According to the National Oceanic and Atmospheric Administration, geomagnetic storms are major disturbances in the planet's magnetosphere--the region of space surrounding Earth. This phenomenon occurs when there is an efficient energy exchange between the solar wind and the space environment around the planet. These geomagnetic storms result from a variation in the solar wind, which effectively produces major changes in the plasmas, currents, and field in the planet's magnetosphere.

The solar wind that effectively creates a geomagnetic storm is often sustained for several hours of the high-speed solar wind, and most significantly, a southward direction of the solar wind at the dayside of the planet's magnetosphere.

Geomagnetic storms can result in intense currents in the Earth's magnetosphere, change the ionosphere and radiation belts, including heating the upper region of the thermosphere. On Earth, historically, geomagnetic storms of epic proportions have had negative effects on the power grid, changed the soil voltage, disrupted satellite, radio, and cellular networks, and reduced flights within the polar routes The Conversation reports.

Recently, the AR2871 sunspot was recorded to have two explosive eruptions that produced a significant amount of M-class solar flares. According to an initial analysis by the SWPC, the sunspot originally produced an M1.8 flare and subsequent coronal mass ejection overtaking a slower CME produced by the 2871 region earlier on the 23rd of September with an anticipated arrival for the first half of the 27th of September.

RELATED ARTICLE: Sun After Its Death: Scientists Predict How, When It's Going to Happen; What Will the Solar System Look Like Then?

Check out more news and information on the Sun on Science Times.