The first bioartificial kidney developed by The Kidney Project earned a $650,000 prize from the KidneyX's Artificial Kidney Prize. The man-made kidney technology is expected to be among the most promising solutions in today's medical advancements that could end challenging kidney problems. Among the key interests of the bioartificial kidney is to implant the device on patients instead of treating them through dialysis machines and decrease the patients on the waiting lists of transplant procedures. The Kidney Project was led by UC San Francisco and Vanderbilt University Medical Center experts Shuvo Roy and William Fissel.

KidneyX Prize for The Kidney Project 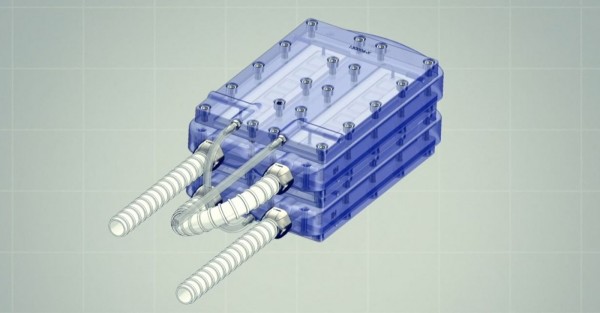 KidneyX is a project that is managed through the collaborative efforts between the American Society of Nephrology and the US Department of Health and Human Services. The goal of the said foundation is to push innovative solutions that would benefit the prevention, diagnosis, and potential treatments of conditions related to kidney health.

The Kidney Project answered the main requirements of kidney diseases and offered one innovation that could be utilized for keeping the risks at bay through creating a bioartificial kidney. The technology included several structures that could cater the functions similar to a biological kidney such as a bioreactor and a hemofilter. Moreover, it comes in a size comparable to a smartphone device for a more portable utility. With the top-notch design and impressive function, the bioartificial kidney has passed initial screenings and is now under preclinical evaluations.

KidneyX awarded the Kidney Project development of a Phase 1 Artificial Kidney Prize among other contributors of the study. The research was conducted by teams of international experts. The Kidney Project had already performed examinations regarding the hemofilter back before they were awarded the prize. The accomplishments of the hemofilter technology include the removal of blood toxins and other wastes. It was then added to the bioreactor that mimics the capacity of an organic kidney such as the balancing electrolytes, among the few.

The team scaled down and polished the first successful bioartificial kidney prototype for The Artificial Kidney Prize. The preclinical model also went on a series of evaluations to secure the combined function of the hemofilter and the bioreactor. Through the tests, it was proven that the bioartificial kidney was able to work by blood pressure alone, without requiring the support of immunosuppressants or even blood thinning.

UCSF Schools of Pharmacy and Medicine experts said in a Good News Network report that through the artificial kidney, patients will have better mobility and better physiological experiences compared to the traditional kidney treatments such as dialysis. In addition, it is anticipated to bring a lot of improvement to the lifestyle of patients that had kidney failures.

Chronic kidney failure is among the most overlooked conditions that may lead to long-term and severe kidney problems, such as the loss of the organ's function. People who suffer from kidney failures are often challenged with their condition because of the inconvenience brought by a series of dialysis appointments.

Kidney transplants offer a better solution than dialysis. However, the approach needs a constant supply of immunosuppressants, and even just waiting for a single donor takes a couple of months.

RELATED ARTICLE: Lab-Grown Coffee: How Authentic is the Taste, Smell of This Genetically Engineered Brew?