Common Cold, Influenza Detectors: How Do These 'Smart' Gadgets Spot a Person with Viral Infection?

A new study recently suggested that "smart gadgets" such as Apple watches and Fitbits, among others can be used to spot if a person has viral infection days before they become infectious.

These famous gadgets, a Mail Online report specified, are all capable of monitoring heart rate, temperature, physical activity, and electrical pulses on the skin.

North Carolina-based Duke University researchers said they have made an approach to use such data to diagnose if an individual has the flu or cold.

For this research, 63 people were provided with a fitness device called an E4 band, and then deliberately infected with the common flu or mild flu.

As a result, the study authors were able to provide a correct diagnosis up to 80 percent of the time at least 12 hours prior to the appearance of visible signs of illness a person exhibits. 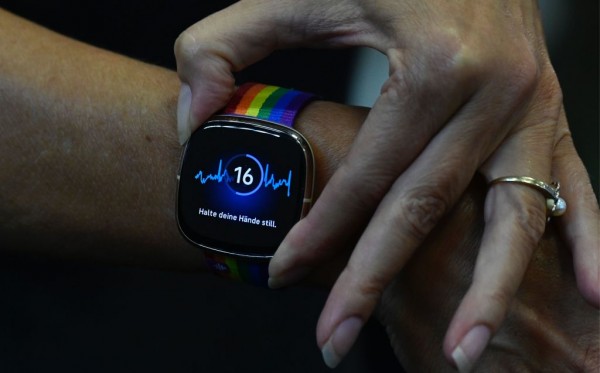 (Photo: TOBIAS SCHWARZ/AFP via Getty Images)
A Fitbit sense wearable is presented at the Internationale Funkausstellung IFA international trade show for consumer electronics and home appliances on September 3, 2020, at the fairgrounds in Berlin.

Some of the patients did not begin to fall ill until the days following the gadget highlighted them as probably being ill. During the initial stages of a viral infection, the heart rate of people tends to speed up and their body becomes warmer.

Furthermore, the algorithm checks how much sleep as well, or physical activity an individual is doing, to guarantee those variables are not behind the changes in health.

The researchers, together with their method could be used to restrict the early transmission of infections, like COVID-19, as earlier described in The Washington Post, not to mention the improvement of contact tracing.

In this study published in the JAMA Network journal, participants got infected at hospitals in the United States and the United Kingdom.

Meanwhile, for the investigation on influenza, 39 volunteers had exposure to influenza strain H1N1 and were isolated for eight days in a hospital.

A similar US Posts report indicated the said participants were observed by the wristbands from one day before their infection to 11 days after. In addition, around 31 participants developed an H1N1 infection, which was predicted with 92 percent accuracy from 12 hours from infection.

For the rhinovirus part of the research, more than 20 participants from a university campus were exposed to the virus, although they were not quarantined. They were closely observed through the use of the wearable bands for four days prior to exposure to five days after.

Emilia Grzesiak said they monitored movement data to identify how frequent an individual is resting or sleeping. In most cases, she explained, higher rates only point to more activity, during higher heart rates may specify infection, for instance.

She added, they did not use data on electrical activity on the skin to forecast if someone got infected. Asked if the device could regulate outbreaks, Grzesiak said, something like this could be a screening mechanism to possibly determine users who may be pre-symptomatically ill and, or caution users that their illness may be severe.

As indicated in this report, "ID'ing" these people can help with early isolation and allocating resources or therapeutics earlier, which is, when they are most effective.

The so-called "wearables" would most possibly be linked to the mobile app, and it could be applied in conjunction with contact tracing.

In their study published in JAMA Network, the researchers explained that harnessing such technology would back early interventions to limit the pre-symptomatic spread of viral respiratory infections, such as a period of COVID-19.

Related information about wearables in healthcare is shown on The Doctor's Company's YouTube video below:

Check out more news and information on Medicine & Health and Tech & Innovation in Science Times.