In 2018, a geological disturbance occurred just outside the island of Mayotte. The seismic activity was felt in the northwestern regions of Madagascar, and surprisingly, bore a new underwater volcano. The massive quake brought by the event was recorded in many parts of the globe. It developed a towering geological formation that scales up to 820 meters above the seafloor, and according to the records, was the largest active submarine eruption that has occurred in history. 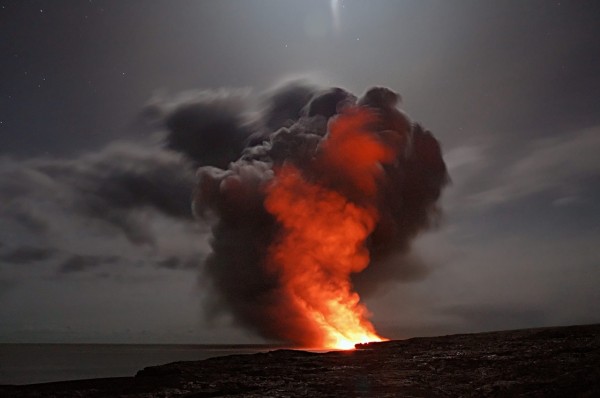 The new volcano on Madagascar has erected from the tectonic plates between the rifts of Madagascar and African rifts. Among the key takeaways from the geological event were the observed underwater and deep-Earth processes, as previous studies lack supporting information regarding the activity.

The Madagascar volcano continued to erupt and caused tremendous seismic events from May 10 to 15. The stir underground was recorded to have a 5.8 magnitude scale that even shook nearby islands. The first few phases of the volcanic eruption baffled the geology experts that have measured the initial quakes. Eventually, they have identified the epicenter and other additional data that point to the cause of the massive earthquake.

The readings from their observation revealed a never-before-seen seismic activity that seemed impossible to take place even in the modern day. The signals allowed the experts to determine that the eastern coastal regions of Mayotte island were responsible for the phenomenon. The area is an intersection between eastern Africa and northern Madagascar's Comoros archipelago and a collection of French territories scattered on the oceanic bodies. The first to respond to the natural occurrence was a group of experts from various French institutions. Instead of a plain terrestrial movement, what they found was a whole new volcano underwater.

Oceanic Volcano: From Lithosphere to Seafloor

The research on the newly formed oceanic volcano was led by the University of Paris geophysics expert Nathalie Feuillet. With their collaborative effort, the volcano was comprehensively studied, along with the seafloor surrounding it that spans up to 8,600 kilometers and measures 3.5 kilometers deep. According to Daily Mail, the same oceanic spot was found to have exhibited numerous seismic events before. The activities were measured in 17,000 different accounts and were recorded from a depth of 20 to 50 kilometers beyond the region's ocean floor. The major underwater quakes also included over 80 minor shakes, which are recorded at low frequencies.

The findings of the study showed that the underwater volcano was formed from the magma reservoir sitting just beneath the planet's mantle layer called the lithosphere. The geological layer called the asthenosphere may have pushed the lithosphere to its limits, causing the contained magma to drain excessively out of the reservoir and spewed it up to the seafloor. The depth measure on the activity is enough to shake the crust of Earth and disturb nearby continents.

The perfect accumulation of the magma build-up from the inner geological layers up to the crust is also sufficient to form the largest underwater volcano ever known in history. The study was previously published in the journal Nature Geoscience, titled "Birth of a large volcanic edifice offshore Mayotte via lithosphere-scale dyke intrusion."