An animal condition is known as epizootic hemorrhagic disease or EHD is being monitored by the Vermont Fish and Wildlife Department in the state for the past few days now. The cases recorded in the state's wildlife had been previously encountered in New York, where the abundant biodiversity of Hudson Valley is located. Other areas bordering Vermont are also reporting scattered incidents of epizootic hemorrhagic disease. 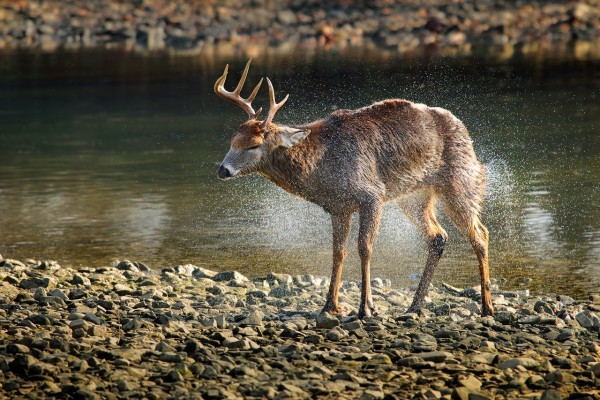 Vermont is not disclosing any details regarding the cases and has never confirmed whether the epizootic hemorrhagic disease has already affected the deers in the state. However, the wildlife authorities are aware of the presence and are expecting to impact the species this fall. Vermont's fish and wildlife agency has also scaled the state's alert to a higher level to prevent further damages that EHD will incur to reservoirs and farms alike.

According to Reformer, one of the areas that are most likely infected by the disease is Castleton, where numerous deer were discovered dead. Unfortunately, the carcasses of the deers have already decomposed, causing the experts a huge challenge to confirm the EHD as the main culprit of the massive wildlife slaughter.

What is Epizootic Hemorrhagic Disease?

The epizootic hemorrhagic disease is a type of virus-induced condition in animals. Although the disease is classified as a product of either EHD virus or bluetongue virus, there are still aspects of the condition that lacks information, and some of the features it possesses are not fully detailed yet by experts. The virus that triggers the hemorrhagic disease could be transmitted through biting midges, but could not be passed on from one animal to another. Ont the other hand, the bites of midges or the affected deer are not proven to affect humans.

An outbreak caused by EHD could potentially impact a specific animal community and could decrease its total population. But surprisingly, the disease does not spread on a regional scale and therefore does not affect a widescale population.

Epizootic hemorrhagic disease is commonly documented in regions located in the southern states. Because of this, the deers in various areas have already developed their immune response against the virus disease. Due to the impenetrable immune system in the southern states, EHD outbreaks typically occur in other parts of the country, especially in the northeastern states where the deers have little to no immunity has been developed. The EHD-infected deers are expected to decrease, and high rates of mortality consequently rise. The first hard frost of the season is the only thing that keeps the outbreaks controlled because of its capacity to kill the midges that transmit EHD.

Deers are the most common victims of EHD. Within 48 hours after contracting the virus disease, clinical symptoms may show up. But the condition is quick to spread on the animal's system, causes a rapid death rate in the population. The outbreaks of the epizootic hemorrhagic disease usually occur when the population of midges expands excessively sometime between late summer and early fall. Wildlife Futures Team published detailed information about EHD that is accessible right now in the University of Pennsylvania's School of Veterinary Medicine.

RELATED ARTICLE: Ohio Farm Armyworms Will No Longer Damage Your Fields and Lawn, Researchers Discover How to End Pests