For a few decades now, psychologists have commonly agreed that a child acquires the so-called "theory of mind" during preschool.

A ScienceAlert report specified that there's a chance how much children are understanding the minds of others is being overestimated. In fact, too many kids at a very young might be expected.

Experiments have specified that by age five, most kids will largely understand other individuals are psychological beings with their own perceptions, beliefs, desires, and intentions, both true and false.

In addition, studies on the comprehension of children on false beliefs in others have been carried out since the 1980s with what is widely known as and called the "Saly-Anne" test, described in the Educate Autism site. 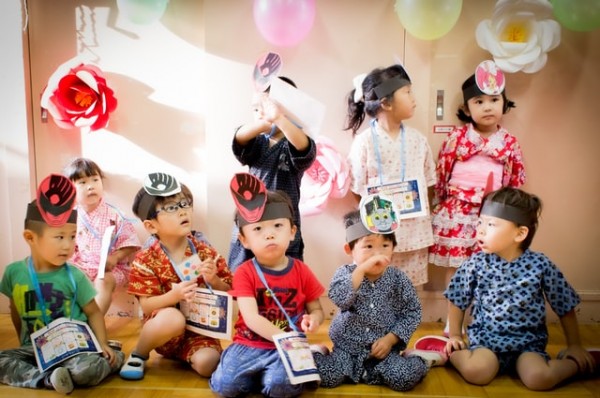 (Photo : zoo_monkey on Unsplash)
Psychologists have commonly agreed that a child acquires the so-called “theory of mind” during preschool.

In a usual example, one character which this report named Maxi, places a chocolate inside a blue box. He leaves the room and his mother gets in.

The observing child is watching as the mother takes his chocolate out of the said box and puts it in a green box close to it. The mother then leaves the room and Maxi gets in again. This observing boy is then asked to foretell which box the boy is going to open to look for his chocolate.

For decades, this kind of experiment has been repeated many times, and the results have suggested 90 percent of preschoolers believe Maxi will open the blue box.

Apparently, preschoolers know that Maxi holds a false belief based on what he has seen, as he never witnessed or saw his mother move the chocolate.

However, the question now arises, what if such results have been misinterpreted all along? New data from this decade's worth of true- and false-belief research in Phoenix, Arizona, carried out among 580 kids aged four to seven years old, have now challenged the long-held view of a lot of developmental psychologists.

There's a lot of change in the results when a third box is added to the experiments. Researchers have discovered that preschoolers are eventually torn over which box Maxi is going to choose, dividing their choice 50-50 between the blue and red boxes.

According to Arizona State University's psychologist William Fabricius, when there are just two locations, four- and five-year-old kids can answer correctly without actually understanding that Maxi has a false belief in the chocolate bar's location.

Preschoolers seem to understand that Maxi does not know the chocolate is placed inside the green box as he did not see his mother put it there.

As far as they are concerned, that insight leaves the red box or the blue one as the inevitable "wrong choice" of Maxi.

The authors call this thinking in what's described as the Society for Research in Child Development as perceptual access reasoning or PAR. While a child understands that seeing leads to knowing, they do not incorporate the memory of Maxi putting the chocolate in the blue box into their answer.

"When there is only one empty location (the blue box), children answer correctly by default," the psychologists explain. "When there are two empty locations (blue and red boxes), they guess."

More so, guessing is not equal to a deeper insight into the motives of Maxi. No matter whether the boy is holding a false or true belief, new studies have found four- or five-year-olds are struggling to understand his thought process.

For example, when Maxi is leaving the room and his mother is not moving the chocolate bar, preschool-aged children tend to think Maxi will look inside the green box, instead of the blue box where the place he left the chocolate.

Fabricius explained, PAR users have an immature notion of knowing as tied to the current situation, and do not understand yet that people have memories persisting through the situation.

This study on the "Theory of Mind" is published in Monographs of the Society for Research in Child Development.

Related information about the "Theory of Mind" is shown on The Globe and Mail's YouTube video below: