Climate change heavily affects the Arctic regions of the planet in an unspeakable way. The warming brought by the abnormal shift of our climate has been a topic for many studies before. In a new research, more of the devastating effects of the massive melting ice had been backed up by additional evidence.

The latest climate study revealed that the decrease of ice in the Arctic region called the permafrost causes the sheet itself to release hazardous compositions such as harmful chemicals and radioactive materials that was accumulated since the Cold War. the melting permafrost could also emit microorganisms such as viruses that were trapped in the icy structure for a very long time. 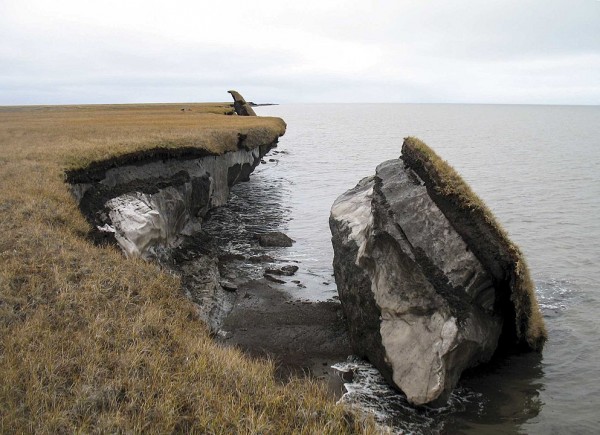 Microbes, according to the latest study, are proven to exist in the depths of the Arctic permafrost. The structures were able to accumulate and bury many types of organisms throughout the thousands of years that have passed by. Before the confirmation of the microbes in the permafrost, several toxins and other deadly compositions were already recorded back in the previous studies on the Arctic.

For example, pollutants like mercury, DDT, and arsenic compounds are currently present in the sheets underground. In addition, there are scattered remains of fallout impacts from nuclear explosions back in the height of the said chemical. Alongside these dangers, ancient microbes could also be emitted out of the melted permafrost. The worse thing to happen is that if these viruses escaped from their slumber, we may not have enough data to create resistance such as antibiotics to counter them.

Permafrost is the underground layer that has been secluded from the outer surface of the observable, snowy terrain, and had been exposed to extremely low temperatures that are enough to constantly freeze the dirt for two or more years. According to the National Snow and Ice Data Center or NSIDC, permafrost covers up to 23 million square kilometers of area in the northern ice sheet. Its thickness is also scaled from a mere 1 meter to a whopping 1 kilometer.

Melting Permafrost in the Northern Hemisphere and Its Consequences

Arctic permafrost contains areas that had been constantly freezing the surface of the northern hemisphere for 800,000 to 1 million years. However, the devastating effects of our changing climate are already stripping the permafrost one area at a time. Even the ancient ice reserves buried deep beneath the sheets are already reached by the intensive temperatures applied throughout the region.

The Arctic warms up faster than any other region of the planet. The National Oceanic and Atmospheric Administration or NOAA recently released a report, titled "2020 Arctic Report Card," that acknowledged the matter. The analysis said that due to the damages inflicted by climate change in the recent 15 years, the permafrost became extremely thinner than the land structure on some patches of the Arctic had already transformed.

Much like the Amazon rainforest, which is the last stand against climate change, the Arctic permafrost had been found to have been releasing uncontrollable rates of greenhouse gas. But if we are not careful enough, carbon dioxide and other harmful chemicals could be released along with unknown, ancient viral threats in today's time. The study was published in the journal Nature Climate Change, titled "Emergent biogeochemical risks from Arctic permafrost degradation."

RELATED ARTICLE: Magnesium Can Make Carbon Capture Technology Faster; Could Bury Molecules Under the Sea for Hundreds of Years