Earth has experienced several catastrophic events throughout its history. Some of the known events have driven massive change not only to the planet itself but to the inhabitants coexisting on its body. The wildest and most uncontrollable events caused periods of mass extinction in the living organisms. A new study shows an excessive carbon dioxide emission that changed the global climate among that disastrous phenomenon. This newly discovered mass extinction event triggered algae and bacteria to flourish inordinately to water bodies, creating a 'toxic soup' that caused ancient animals to suffer. 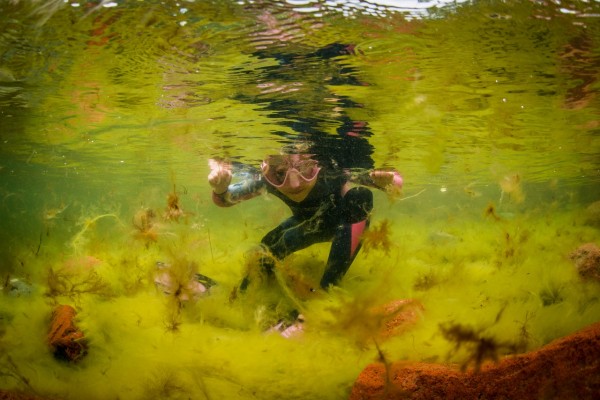 The specified mass extinction event was horrendous, but the experts suggest that the ingredients accumulated in the period were already present in our age. It could also start a massive shift both in our ecosystem and biodiversity.

Most mass extinction recorded from the prehistoric age of the planet is categorized by a 75-percent annihilation of the total plant and animal species above and below waters. Among the most known extinction was the event that happened 250 million years ago called the Permian-Triassic extinction event. According to numerous studies, this period was composed of deadly volcanic eruptions that were damaged; they disrupted the natural climate present in Earth's atmospheric structure.

The Permian-Triassic mass extinction was heavily associated with the excessive amount of greenhouse gases released by volcanoes. Among those compositions was CO2, which in that time have increased by 13 times more than its standard reading on the planet's atmosphere. According to Gilmore Health, the increase of carbon dioxide significantly impacted the atmosphere, with the average temperature of 25 jumping to 40 degrees Celsius. Because of the escalated situation due to carbon dioxide, 70 percent of land animals and a whopping 95 percent of marine life were wiped out from Earth.

The University of Connecticut has recently conducted a study regarding the similarities the Permian-Triassic mass extinction contained in parallel to the modern age. Some of the interests examined in the research were the abnormal bacteria and algae content which was heavily present in the said extinction event and remained in the ecosystem for at least a hundred thousand years. These organisms can consume oxygen from water systems and release other toxins in the environment they are into. After the Permian-Triassic mass extinction, their population growth became problematic, especially to the species that heavily rely on oxygen supply.

The experts of the study observed the clues left by the Permian-Triassic extinction, including the chemical data, minerals, and even fossils of prehistoric species. The target location of the research was in Sydney, Australia that experts believe could have held definitive information pointing to the microbe population in the waters following the theorized volcanic eruptions.

The 'toxic soup' described in the study required three factors to materialize. These are greenhouse gas emissions, intense temperature, and deforestation that caused foreign compositions to contaminate water bodies. When compared to other mass extinction events, the same effects were present. According to the co-author of the study Chris Fielding, the same factors of the Permian-Triassic extinction are already happening in the present-day ecosystem. The complete coverage was published in the journal Nature Communications, titled ".Lethal microbial blooms delayed freshwater ecosystem recovery following the end-Permian extinction."

RELATED ARTICLE: Research Shows Earthshine is Dimming for the Past Two Decades Due to the Shift in Global Climate; Planetary Scientists Linked Albedo with Pacific Decadal Oscillation