Breaking Discovery: How Scientists Have Unearthed a 120 Million-Year-Old Prehistoric Peacock That Lived Alongside Dinosaurs

Researchers have just unearthed a 120-million-year-old Cretaceous era deposit that proves the existence of a prehistoric peacock that lived alongside dinosaurs. Prehistoric animal discoveries have always been a way for scientists to peer into the life on Earth during Dinosaur times. 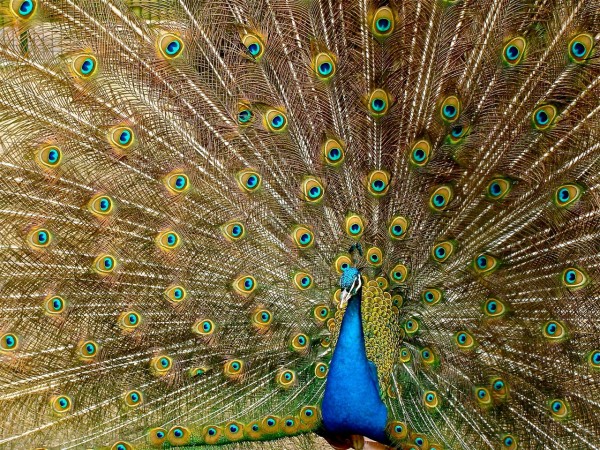 The paleontological findings are very essential to find every possible clue that points out how prehistoric species evolved on Earth, as well as how the planet itself changed throughout millions of years. A new study conducted an investigation revolving around the animal peacock, which the experts found was actually an animal that was linked directly to the prehistoric age. According to the research, the peacocks we see today are actually 120 million years old.

Peacocks are species that scale comparable to blue jays. Among the most notable anatomical structure of peacocks is that their tail is remarkably larger than their main body. Because of their excessively large tail, experts have theorized that feature is the same reason why peacocks are not able to fly properly as opposed to other avian species. Alongside their tails, male peacocks also possess large feathers that are used for potential mates, and if the animal was proven to actually be from the prehistoric era, their species are most probably the first to express this activity.

Yuanchavis is another name that refers to the ancient peacocks. They are considered mythological birds in some of the oldest cultures, primarily in the Asian regions. Some of the peacock fossils are identified to previously exist back in the early Cretaceous period. The specific mythological peacocks, known as yuanchavis, were mostly discovered front the northeastern part of China.

The peacock unearthed from China had short feathers and had two distinguishable plumes called pintail. Other birds that are present today also content the same tail and feather structure that ancient peacocks have.

Field Museum of Natural History paleontology expert and author of the study Jingmai O'Connor said in Martha Stewart report that the long feathered peacock possess are contained in their central spine. This feather cluster is known as the rachis, which goes through the spine up to and plumes to the end. The trait of the species is considered by the experts as an 'honest signal,' as the decorative feature is actually a massive handicap for many of the said species. However, some of the animals get the right fit of the tail and allows them to survive unlike the unfortunate ones with bigger tails.

In addition to the unique anatomical structure of the ancient peacock, they are among the few that we're able to survive the rise and fall of climate extremities throughout the prehistoric era they existed. The collective factors that revolve around the existence of the birds are crucial points to the evolutionary study of many vertebrate birds. One of the defining discoveries that experts are expecting upon their investigation with the ancient peacocks is that the method they used to survive the giant space rock that hit the earth, inflicting an mss extinction to almost every living species back then. The study was published in the journal Current Biology, titled "An Early Cretaceous enantiornithine bird with a pintail."

RELATED ARTICLE: Mastodon Tooth Found in Michigan by a 6-Year-Old Boy Who Thought It Was From a Dragon