Right after Chicxulub slapped the face of our planet 66 million years ago in one of Mexico's regions Yucatan, thick, massive dark clouds covered the atmosphere and blocked the sun for the next several years. It disrupted Earth's climate and wiped out all of the dinosaurs. Along with the change in the planet's temperature and the darkness of the skies, a giant tidal wave was formed right in the Gulf of Mexico that rose to up to 1 mile, or 1,500 meters high that it has impacted regions of prehistoric North America. The giant tsunami was then followed by several pulses imprinted and fossilized for millions of years on the sediments buried in present-day central Louisiana. 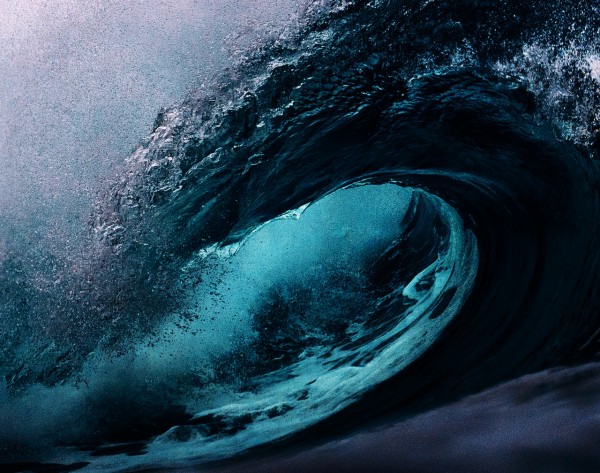 University of Texas geophysics expert Sean Gulick said that discovering the fossilized pulses, also known as the megaripples, is a great contribution to understanding the space rock Chicxulub's impact on the early Earth. Gulick expressed his delight, as the theory yesterday has a piece of compelling evidence now. Gulick was not involved in the study but was part and co-lead of the observation regarding the Chicxulub's creator back in 2016, published in the journal Science entitled "The formation of peak rings in large impact craters."

Experts commonly used seismic imaging techniques to identify hidden or buried architectures and formations underground. The method acts as an aye for the scientists to see what's beneath us, and private conglomerates also utilize this technique to find oil and gas. With the amount of seismic data gathered, the companies also unexpectedly got ahold of information from the Gulf of Mexico.

University of Louisiana's geophysicist Gary Kinsland got ahold of seismic imaging data 10 years ago. Kinsland's information contained imaging from Devon Energy and included information on central Louisiana's geography. Kinsland was aware that the sea levels were higher when the space rock crashed on our planet. Combining the data from the North American region and the scientific analysis from the Chicxulub's impact, Kinsland and their colleagues have discovered a prehistoric geological clue.

The team analyzed a layer that shows evidence of the dino-killing impact 1,500 deep underground. According to the study published in the Earth and Planetary Science Letters entitled "Chicxulub impact tsunami megaripples in the subsurface of Louisiana: Imaged in petroleum industry seismic data," the research found were fossilized features of ripples. These ripples, or mega ripples, were found to have 1 kilometer apart from each other, and the imprints were 16 meters tall.

Kinsland's team of geophysicists believe that the megaripples were an effect of a massive tsunami 60 meters deep that inflicted the sediments on the seafloor. The region had a great composition of sedimentary soil perfect for preserving and fossilizing the megaripples; even a common storm won't disrupt the surface.

What's more, is that the subsequent pattern is almost identical to each other, with the consistent ripple features originating from Chicxulub, reports Science Magazine. Experts believe that smaller pieces like the megaripples will add up to complete the puzzle of the dino-killing impact.